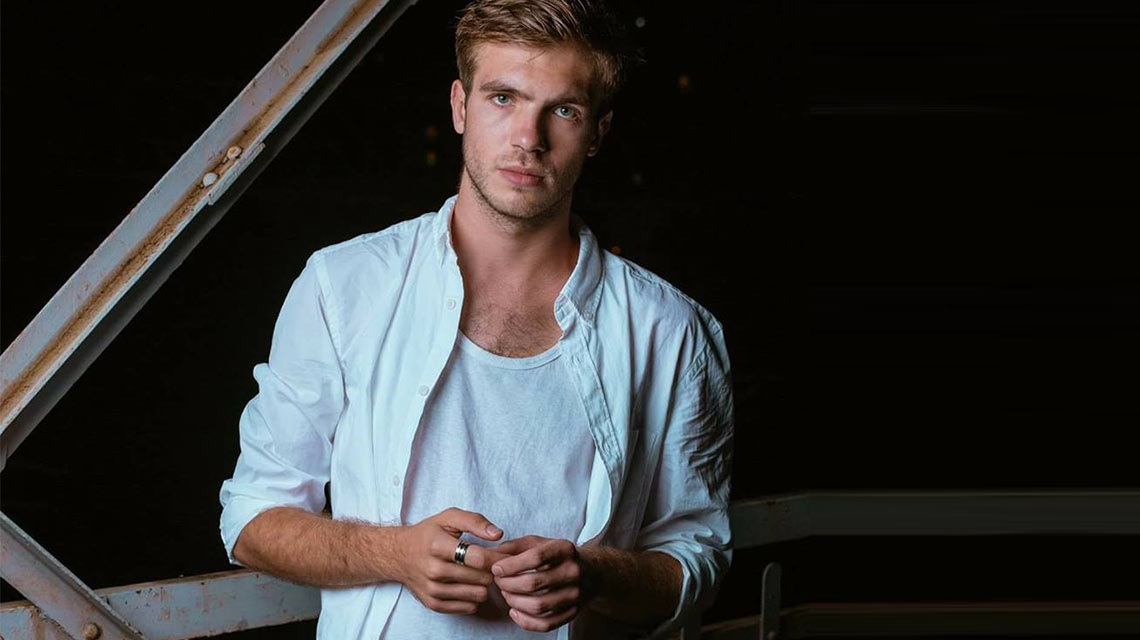 Passionate about acting, since childhood, Vlad Galer was an amateur actor in the high school theater group. But, in 2015, while he was studying Languages, something important happened: the short film, “Tibi”, in which he played, was selected for screening at the Cannes Film Festival. Back then, Vlad was 20. Then he dedicated himself more and more to acting. He played in several shows, now you can see him at the Bucharest National Theatre, in “Padurea Spanzuratilor” (directed by Radu Afrim), “Cum va place” at Nottara (directed by Alexandru Mazgareanu) or at Excelsior in “Viata preaplina si plicticoasa a visatorului Francois” (directed by Horia Suru). But Vlad is also an impassioned traveler. And the city that he loves and where he feels at home is Paris. He tells us why, just below.

When I asked you about a place you’ve visited, a place you’d like to talk about, you said France.

France, officially the French Republic, is a unitary Constitutional Republic, with a semi – presidential regime. It has a total area of 674,843 km², a population of 66.628,000, in 2016. French is the official language; Paris, the capital. Thanks to my parents who kept on providing me with a “healthy” and diversified education, I travelled quite a lot, and I had the chance to meet the abroad, and foreigners. However, only in two cities that I’ve visited I didn’t have that tourist feeling: in Bucharest (where I live since I was 19) and in Paris (where I’ll live at some time). I felt that I belong to the place, that the place belongs to me, that we have a past and a future together.

What did you know about France before going there?

I knew something about the history, the music, movies and lots of clichés. From cartoons, up to novels, or stories of acquaintences who have been there. Preconceptions of the „city of love”, Romanian dirt, Western cold etc. For me, it’s fake. I knew it was a bigger country and that they are more developed and they speak with the „rrrr”. I knew they had the best bread and good wine. When I first arrived in Paris, I had the joy and age of overstepping comparisons of the kind.

Did you make any plans before going to France?

The first encounter with Paris went safe. I clearly went on the famous tourist trail. The classic spots, the famous museums, the famous streets, anything famous. I saw and I walked 15 hours a day together with my mom. The second time I was with my friends and I realized how much I inherited it from her in the matter of traveling. I showed off, I was the ace guide, the conoisseur. Only that, this time, I didn’t want the mainstream anymore. I wanted the underground culture, the authenticity, the Parisian spirit, if i may, the opposite sense of the image marketed by Paris. And that’s exactly what I got.

What were the places you liked the most and you’d recommend to your friends planning a trip to France?

It all depends on your friends way of thinking, on their expectations. But sur le ciel du Paris everyone has a place. I would recommend walks, in small groups, without Google Maps, without helping applications, but with tips & tricks directly from the locals, an open mind. Go where you feel you’re somehow guided to go. Make a left when somewhere something looks interesting. Get away from the route. No shortcuts. Walk! Climb the Sacre Coeur hill. Visit obscure parks. Don’t be afraid of the night or the people who apparently aren not the same as you. Talk to people, with the Seine, with you, with Louis XIV. Relax, you’re in Paris. Go to the train station or the busstation, hop on something and head to Cannes or Caen.

See the Cote D’Azur and Normandy. Inhale the breeze and the tranquility and the chaos and the music and the civilisation and noise and the bargaining and the history and the present. Let it go, nobody gives a damn. Actually, the city throbs with history, with the past, you just have to let yourself feel it. That’s happening everywhere, I’m sure, but there it seems so much more intense. Walk by yourself. Wander off. You’re gonna run into Moliere’s house or Napoleon’s carriage or Jimmy Morrison’s grave. Spend an evening on the shores of the Seine with wine and friends., Another evening on Saint Martin’s canal. And yet another, on a teracce, in the Latin district. Then, in the Sorbonne’s court. Do only and just what you want.

The Versailles queues, Louvre, the tower, tourism. The plastic hustle and bustle for the blitz. The elbowing because Orsay’s cool. Things made as musts or in the herd because that’s what it says in the brochure.

Would you return to France? Why?

How about the people?

Laid back. Living in the present. Their problems are short-term, tops what they do in the next hour. That’s why they have time to live in the present. That’s why they allow themselves a Bohemiaan luxury. Any problem is fixable and stress is useless. I say that from what I saw and how much I observed, a sample of about 50 people aged between 18 and 30. Conflict does not get to evolve because it can resolved from the start through dialogue. If you’re not comfortable, you say it.

I absolutely didn’t feel the cold or their superiority. Yes, they’re a bit arrogant as they trust themselves, which I find healthier than being governed by the Romanian inferiority syndrome or self-sufficiency. Outdoor meetings and visits are predominat the, to the detriment of clubs or the late beers to terraces. They, the terraces, will be eternally packed, but not due to the parisians.

So and so… Different. They use other spices in other proportions. Yeah. The croissant cliché is true. The taste is incomparable to any product of this kind that I ate on the Romanian market (and I am a huge bakery amateur). Besides this, the onion soup, the cheeses or the traditional peanut sausages didn’t blow me away. Instead, the red wine is a crazy delicious. And cheap. Or expensive, if you like it. But randomly bought, from the market, eight out of ten bottles – chapeau. Each wine and every beer brand has its custom taste. Try lots of them.

What did you buy from France?

Souvenirs, clothes, nothing. Some stones, birds’ feathers, flyers, receipts, subway tickets, small things. I didn’t  take to many photos, either. I tried to be there, to live simple, in the present.

Tell us about a happening, a conversation, or even about a place you couldn’t forget from your vacation there.

Apart from the places, history, atmosphere etc., I mostly liked their mentality. I felt attached to their way of thinking. I had some insanely intriguing and beneficial discussions with all sorts of people, people i met then, who knew nothing about me and who had intellectually seduced me. That was the snob in me who spoke. Every moment is an experience, but now last night in Paris comes to my mind. From a shore to the other side, and so on, around 1 a.m., I absolutely randomly got on a pier, the meeting place of the Latino music lovers.

With bands, costumes, lights, each one with what he had home. Anyone could have been part of it, anyone could sing, dance, observe, analyze, meditate, discuss. In the middle of Paris. Where did that come from? And I understand that this is kind of a usual night for them. Then came the rain, all gathered what they had brought and scattereded. We hid under a bridge. Under that bridge was another party. As it was under the next bridge, another pontoon and on the other shore.

If you were to pack tomorrow for france, what would you put in it?

I don’t want to be a hypocrite and say the ideal “nothing”. You need money. A telephone to let your family and friends you’re OK, but without Facebook and other crap. Something thick to wear, sunglasses, underwear, toothbrush, basics. What not to take with you: prejudices, expectations, problems.

Is there a place you traveled to, while filming, and that stayed in your soul?

Not yet. The maximum trip for a filming, in a place that meant a lot to me, was in Vama Veche for a video. So far, that was it.

How about a movie that unfolds in a certain place that – after seeing the film – you wanted to explore and visit? Tell us in a few words.

Hogwarts. Because since 9 I’m waiting for the letter. And because it’s Hogwarts. 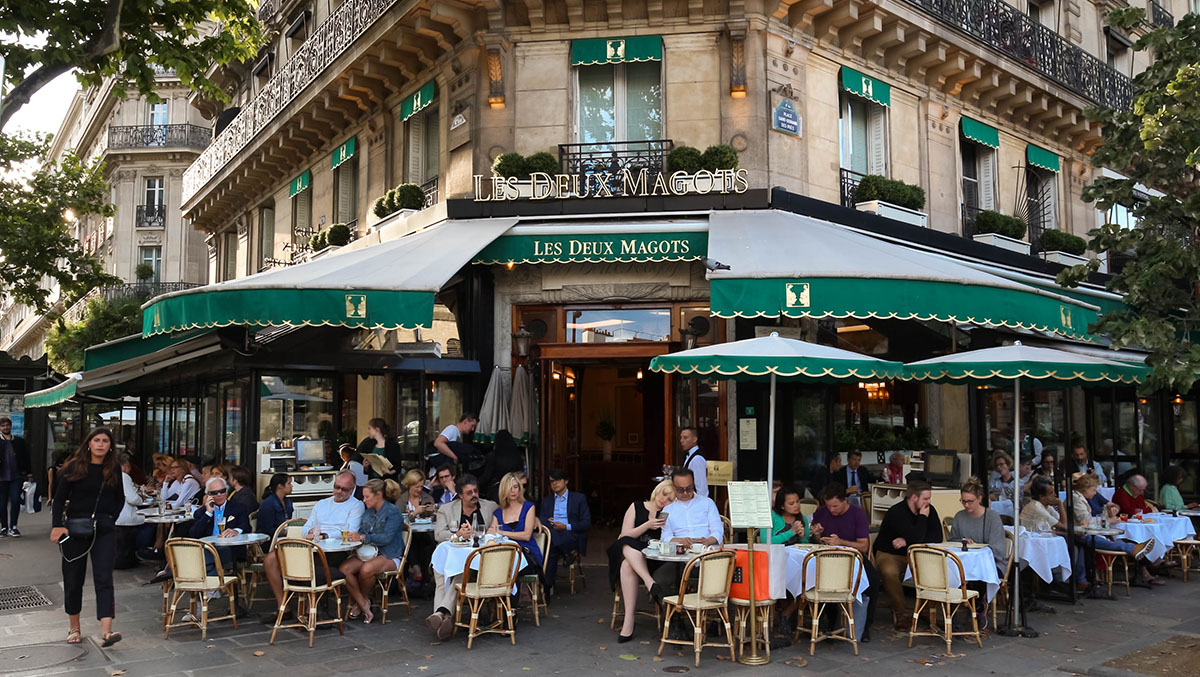 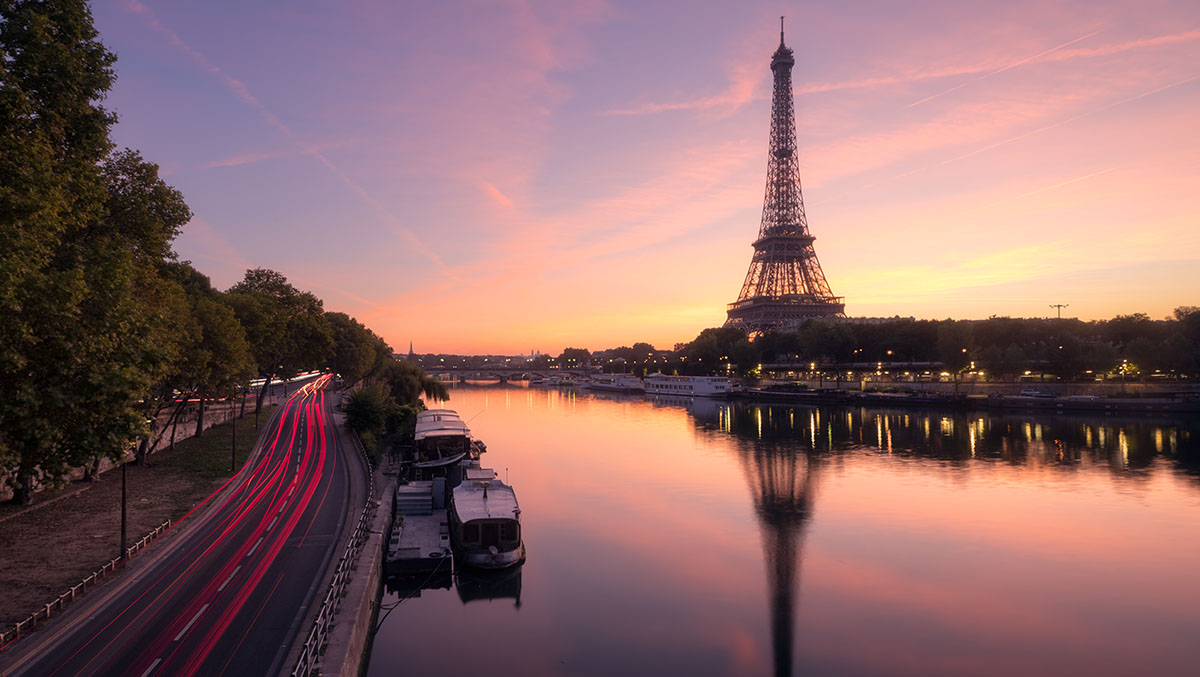 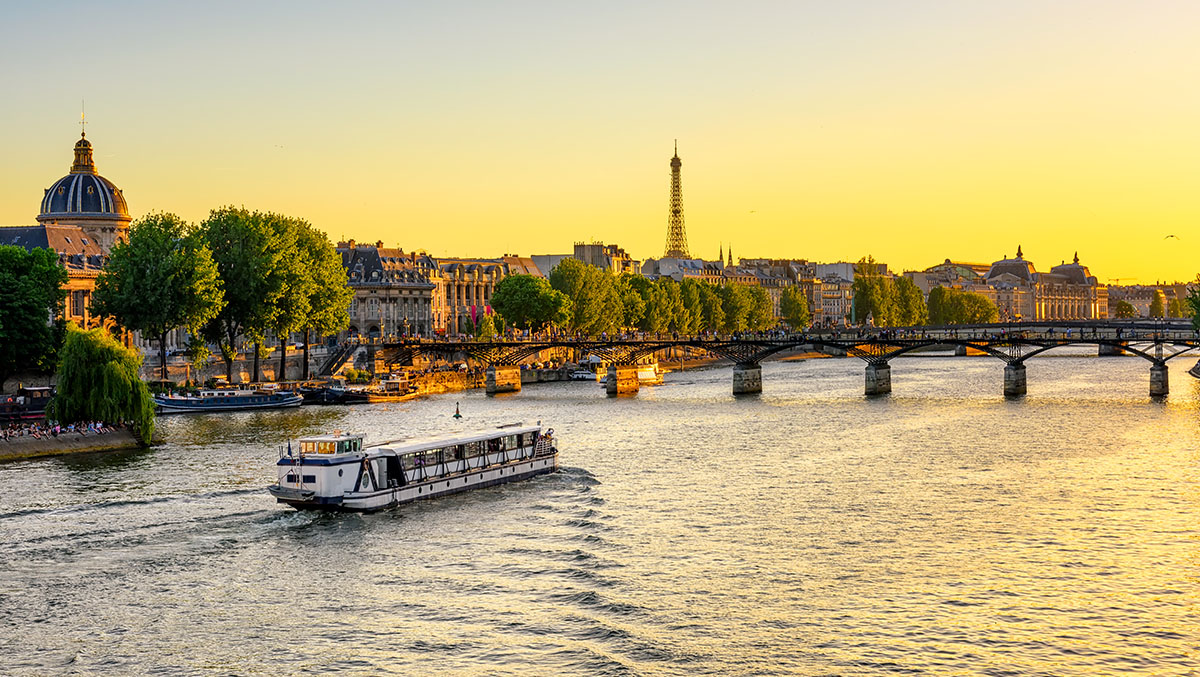 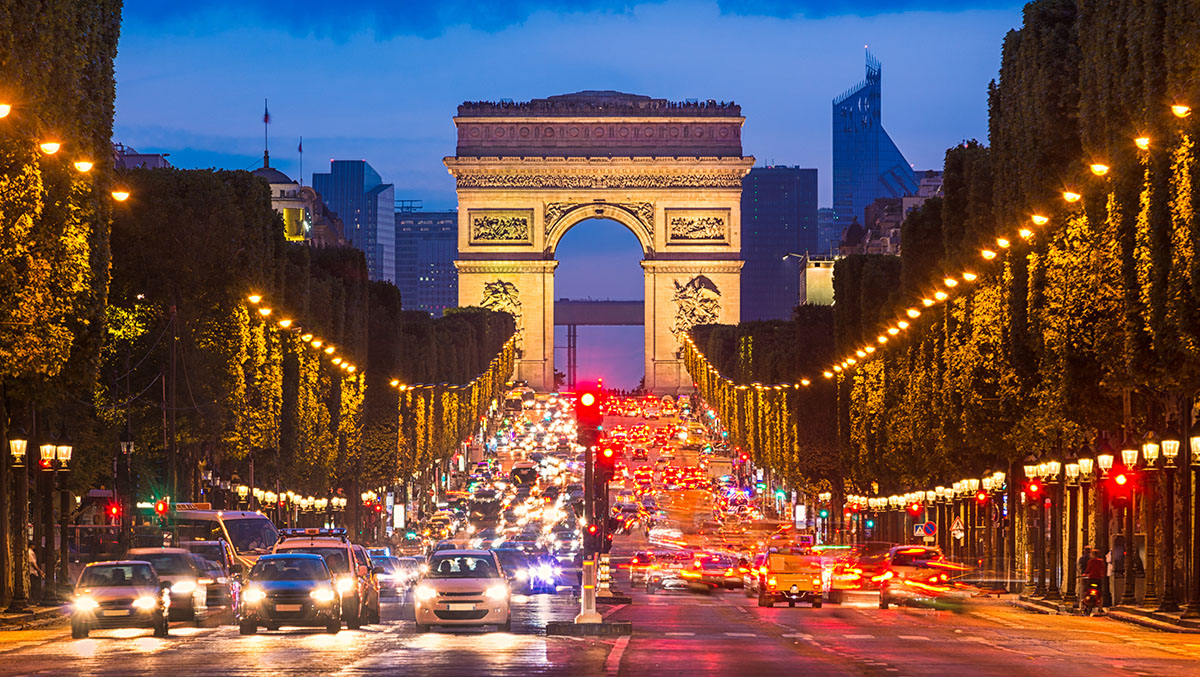 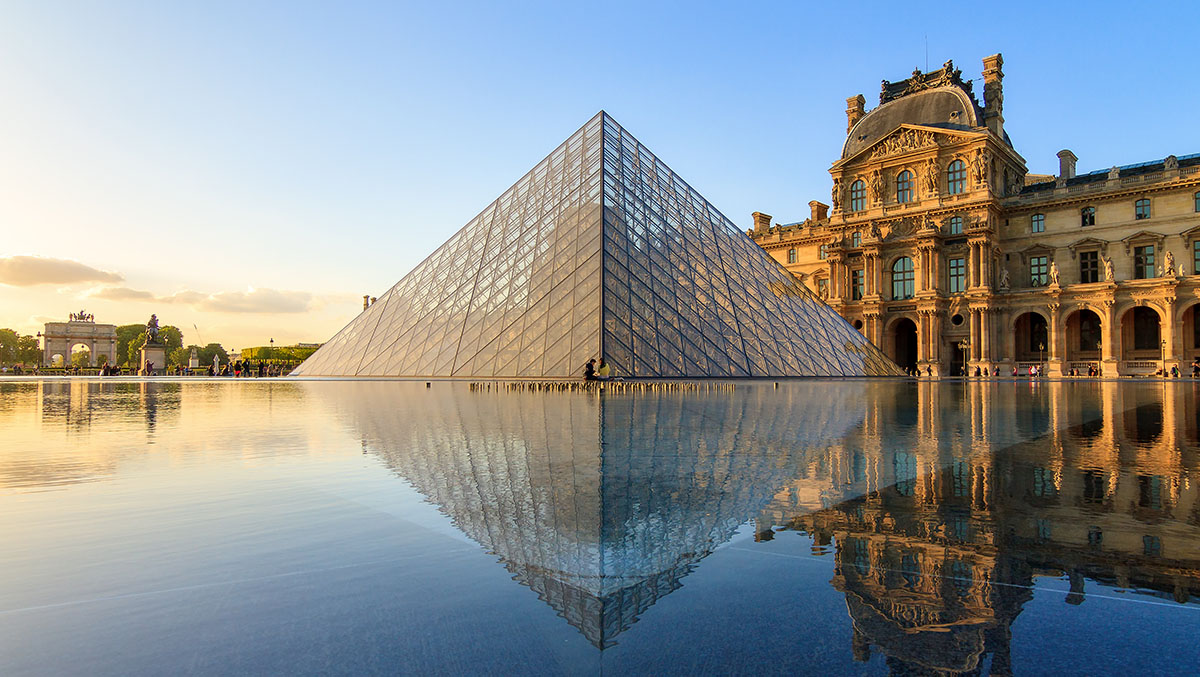 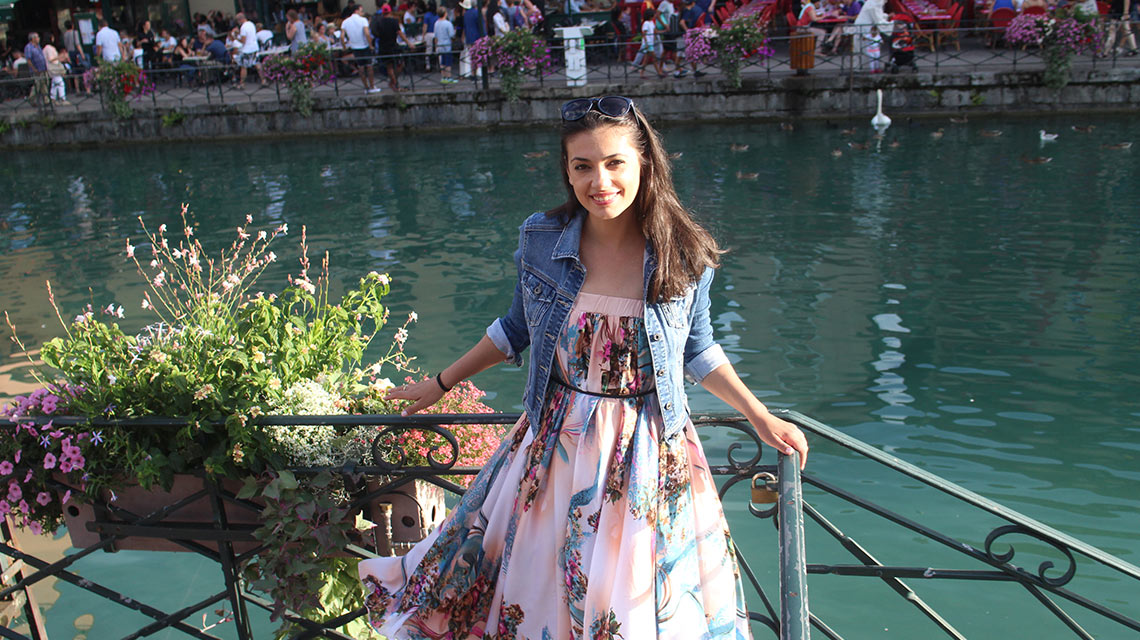 "The morning light near Lake Annecy is a spectacle by itself" 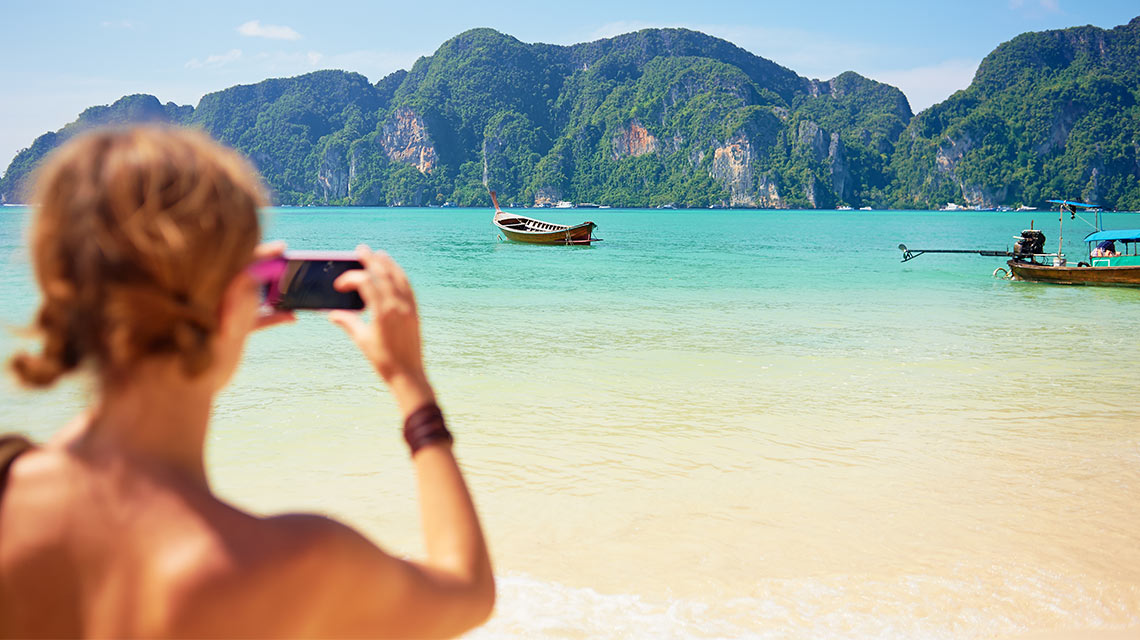 This is where you will take the best travel photos