How to look better in just 5 minutes 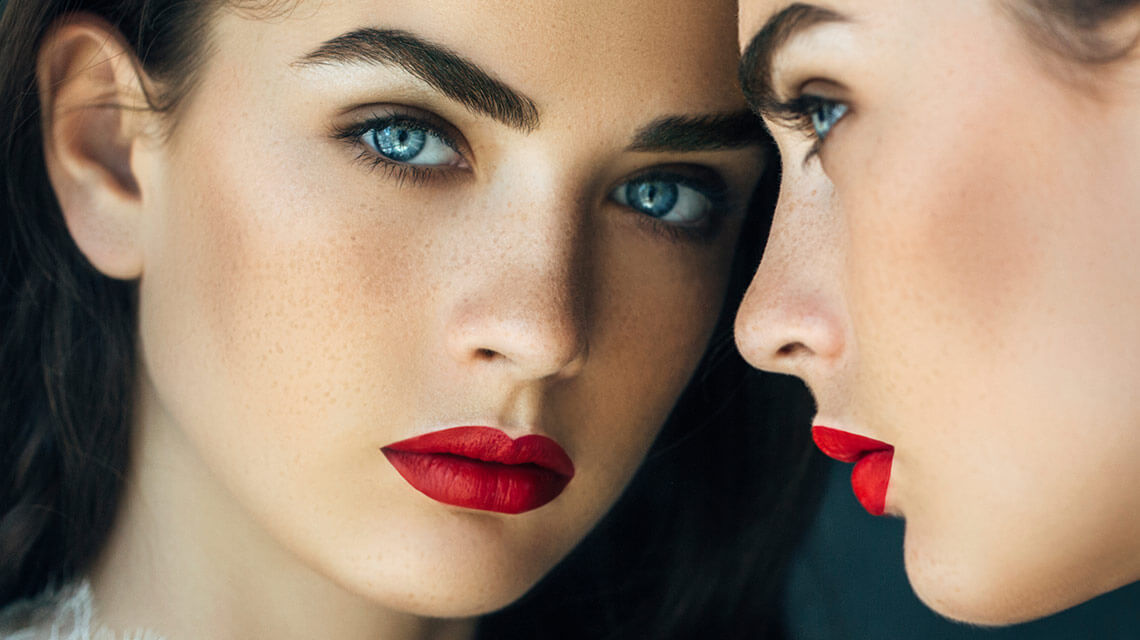 I didn’t happen to me only once, you guessed it: it’s about one of those days when I don’t even have the time to drink my coffee at home (make-up is out of the question, you can imagine), and I receive an invitation in town. At a party, over a glass of wine with the girls or to a concert. I look in the mirror and I say to myself that I have no chance: it’s bound to get home first. Only that, after an hour spent in traffic, and after I had something to eat, I just fell asleep on the couch. But I felt the worst when Mihai called, the guy whom I met by chance, at a stand-up comedy show. He apologised for the last minute notice and invited me to the theater, where he was about to act in a play. At seven o’clock. Aaaaah, seven. I’m leaving the office at six o’clock, so there was no chance to go home first. I racked my brains and invented this lame excuse, so he never called again. Well, that was the moment when I promised myself two things: firstly, that I will always wake up in the morning, in time, and that I won’t ever press on snooze again – so I will have the time for at least a minimal make-up. And secondly: when I will not be able to keep this promise :), I’ll have in my bag a few products that will help me to fix my make-up in my office, in about five minutes. And to this part of the deal, I have managed to keep my word. My vanity case that I always have in my bag contains the products below:

As I usually don’t have time and furthermore it’s complicated to apply the foundation at the office, I found another option: a concealer stick – Perfecting Stick from Shiseido. It corrects and hides any sign, stain or rash. I apply it only where needed and thus my complexion looks uniform. My friends have even wondered how do I manage to look so good without foundation. Well, that’s my secret.

The eye cream and the lip balm

This already sounds complicated – to carry even the eye cream in your bag?! Needless to say I’m pretty idle, but I found a La Prairie product, designed specifically to be taken with you every day: it’s a 2-in-1 and it contains both eye cream and lip balm. The eye cream is a miracle, especially since its formula can be applied even over the make-up.

My favorite is Terracotta Bronzing Powder from Guerlain. It has glowing particles and provides a natural bronzing effect and a fresh look – it’s the perfect version, especially if you haven’t used foundation.

If I’m going out and I know that I’ll be away for a few good hours, I always choose a long lasting lip product, that leaves no stains on the glass and which doesn’t need to be reapplied: Vinyl Cream Lip Stain from Yves Saint Laurent. The color stays on the lips for up to 10 hours. Ah, I almost forgot the color: I prefer a strong, bright hue because I know that it will attract all eyes. However, if my lips aren’t perfectly hydrated, I only apply the lip balm from La Prairie, the one I mentioned above.

I carry in my bag a little bottle of red nail polish, La Petite Robe Noire from Guerlain. Even though I haven’t had the time for any manicure appointment, the strong color will hide all the potential imperfections. And I apply a layer or two in the lunch break.

The rule is to be the same perfume that you’ve used in the morning, at home. My latest discovery is Modern Muse Le Rouge Gloss from Estee Lauder: a mix of fruity and spicy notes, floral accords that mingle with saffron, honey and vanilla.

I don’t have any hairstyling time at the office, so I choose a spray, which will provide shine, while taming the rebel hair: Morocanoil Hair Glimmer Shine. The whole thing only takes a minute: I simply apply it and then I gently arrange my hair with my fingers. And if you have curls, it’s even better – it will define them on the spot. 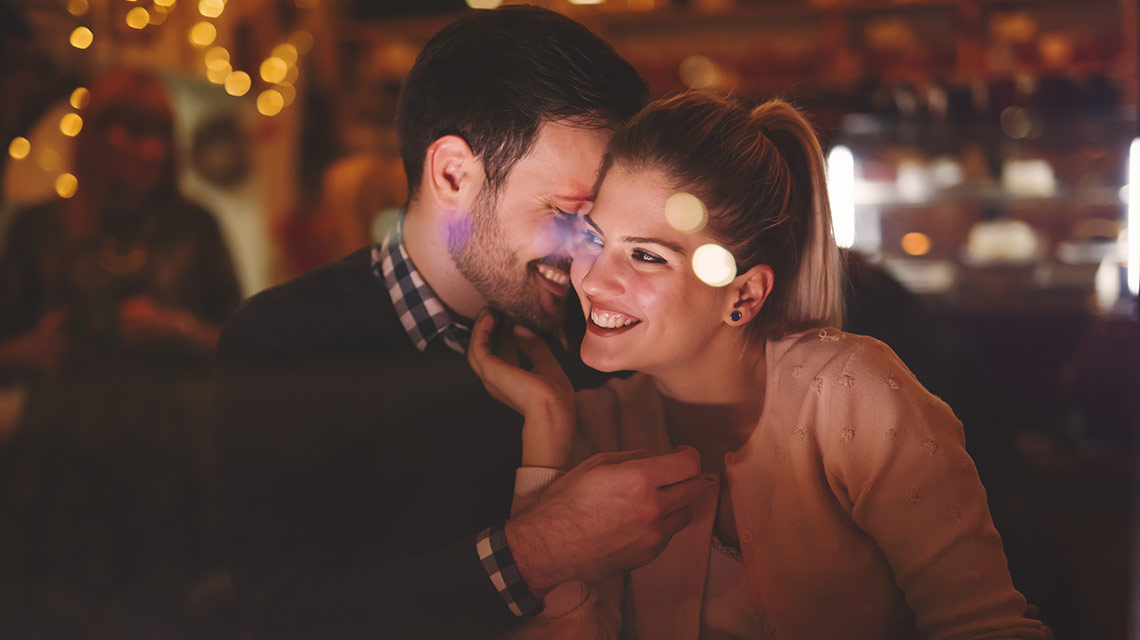 What fragrance do you wear, and what does he, when you go out together? Yeap, it’s all about fragrance coordination 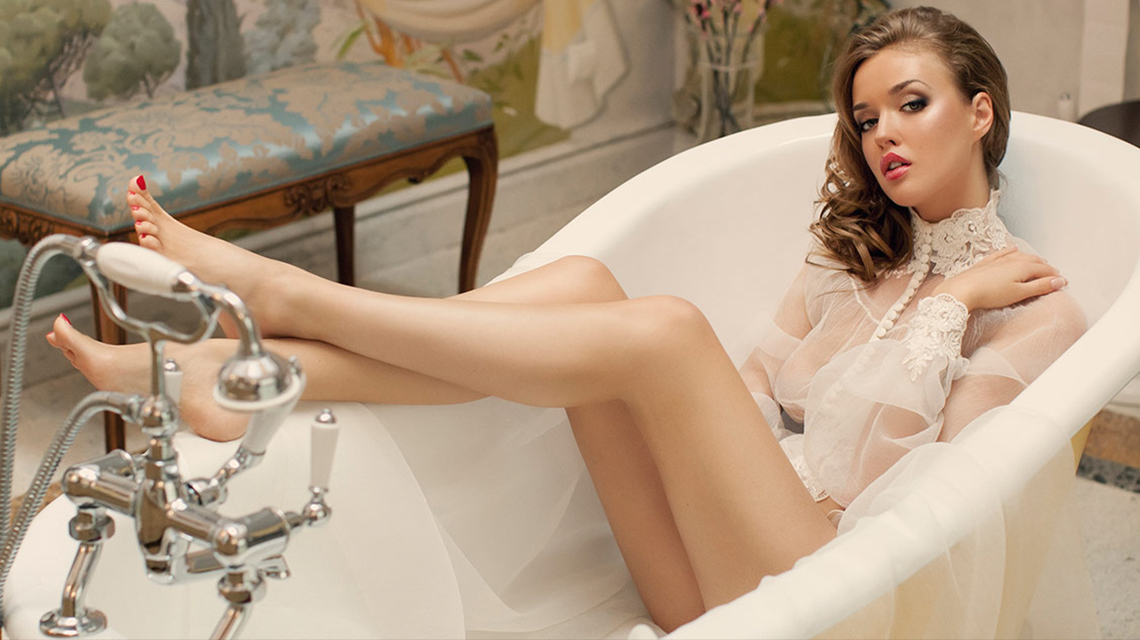