Cosmin Tudoran: ”I want to return to Scotland. I’ll land at Aberdeen and I’ll rent a trailer”

For as long as my money last 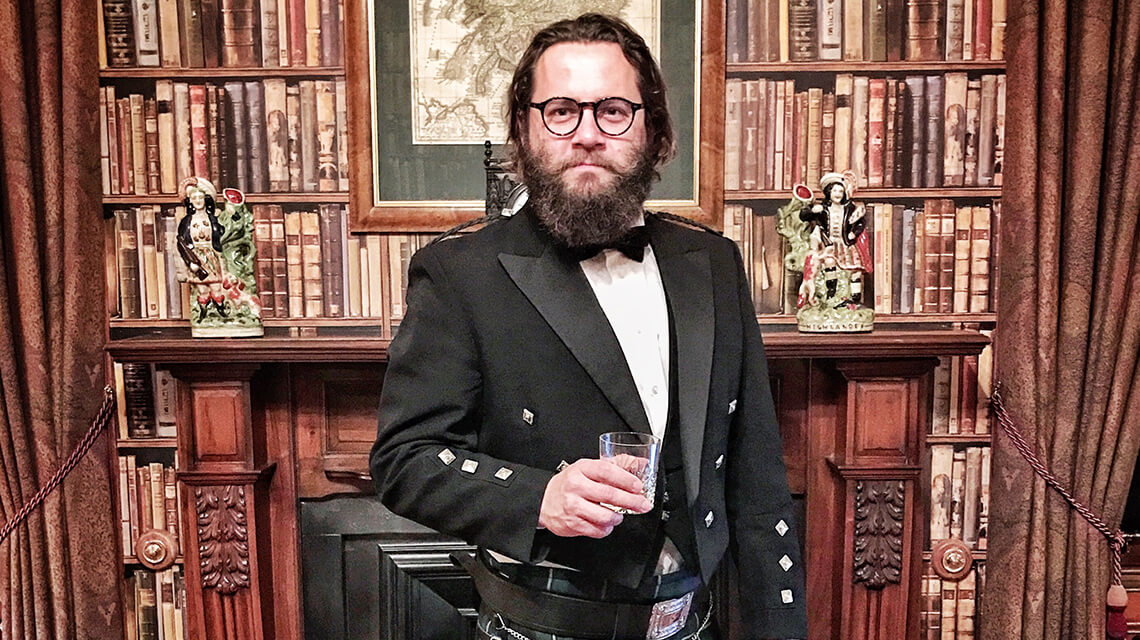 He performs in Mega&Tudoran band and he conquered the online environment with a video project that triggers the appetite for wine tasting – The wine teacher. He writes for his personal blog, cosmintudoran.ro, he hosts public events, he offers interviews, and in between, he is always travelling. We don’t know how he makes them all :). When we contacted him for the interview, he had just returned from Scotland, where he went to learn more about whiskeys. In the following lines he tells us what he discovered.

When I asked you what is the travel destination you would like to talk about during the interview, you said Scotland. Why Scotland?
Because I just came back from Scotland. It’s my latest travel destination outside the country. I’ve always wanted to come here, but I kept postponing the moment. I think it’s a country worthy of all the attention, whether you visit the main cities or the suburban areas.

What did you know about Scotland before you got there?
I knew a few things, basic things, as anyone who’s interested about new places knows – that, on top of the obvious connection with the whiskey, of course. But I didn’t make a detailed research. I preferred to be surprised. I admit, I got carried away and all that beauty amazed me. As Silviu Gherman says in one of his gags, wherever you turn, you see a picturesque picture.

We know you like wines, but you went to Scotland to taste different types of whiskey. What was this experience like?
From a connoisseur point of view, this trip was excellent as it helped me thoroughly apprehend the process of distillation, ageing, culinary associations as well as the numerous whiskey brands; what to look at, what goes with what, and what is the right amount. I found out that Single Malt refers to the fact that the whiskey comes from a single distillery; the split on years refers to the youngest whiskey in the bottle, i.e.: 12, 18, 17 (Ballantines). The rest is just show. Or secret.

What type of whiskey did you like most, and why?
I visited some distilleries of Pernod Ricard and The Glenlivet, somewhere in the north of Scotland. We were invited to take part at the selection of some barrels for master blender. A very interesting work performed by two workers strolling between barrels like a librarian around bookshelves. With a well-defined list, they would open barrels and choose what they needed. We also touched two flasks of 150 ml each worth 4500 pounds.
Then, the five bottles took out for the tasting had a very special aroma, straight from the barrel. From what I tried, the one that literally melt me down was Nadura. With an alcohol concentration of over 60%, the spirits have been aged in barrels primary used for mellowed whiskeys. The mellow touch feels more discreet, which I really liked.

What did you learn (and didn’t know) about whisky during this trip?
I learned that the glen means valley. What comes next after valley is the name of the river where the distillery is placed. Glenlivet? GreenValley. Yes, Livet = green.

I also learned that you need water for the rice technological fermentation process, that’s why back in the day distilleries were placed near running water. Logical, isn’t it?! I’ve learned that annually they produce millions of litters, but immediately after it’s all about the ageing process game.

The whole distilled product ends up in barrels and it’s hidden away. The MasterBlend projects the expectations checking weekly on the product. It’s both complicated and simple, at the same time. Repetitive and obsessive. Only three years after, if he feels like it, he puts the liquor into the bottles.

I’ve learned that each product is either whiskey served on the rocks or mixed in cocktails. Then, in the ageing process, other flavours are gained: vanilla, butter and coconut. Of course, each of them is different, as the wood barrels used during the ageing process is very important.

What places did you like most in Scotland?
The one I haven’t seen yet :). As I was saying above, Scotland is a country I want to return to, particularly to the north side. I’ll fly to Aberdeen and rent a trailer and stay for as long as my money last. I will drive across the country aiming for Kirkwall. I hope this will happen in one autumn, in September. It’s incredible how the light feels here, during the autumn. You have the feeling of an eternal 9 o’clock, on a sunny morning.

… And the places you didn’t like?
Mmh, I can’t say there is something I didn’t like. I was very much on the run during this trip, so I actually realize what happened two weeks after I came back :).

What are the reasons you would go back to Scotland?
There are many things to be seen out there. You probably need more time to visit, as Scotland is far more than whiskey.

How are the people in Scotland?
I think they are warm and hospitable. I made friends quickly, including the Chivas Brothers ambassador with whom I shared many stories, regarding Romania as well. He even remembered about the plum brandy he tasted in Bucharest, in the Old City. And also the headache he got the day after. Maybe it was the shawarma I said, but he didn’t get the joke.
The first day in Aberlour I tried a local fast food. Four lengthy guys were staring at the products’ stand, talking to one another. When I ordered my meal, I cringed near two ladies waiting quietly in line. They were smiling. Tourists, I said. They laughed a lot. Laid-back people, I said to myself.

What about the food and the drinks?
The food I remember is a special dish for a festive meal. Along with doodle sack music and poetry, it had its charm. Dish is a speciality made of the entrails of a billy goat. You have to eat it along with a glass of whiskey, of course.

What does your luggage for Scotland consist of?
It’s got something suitable for rainy days, for sure. My walking Nikes, back-up battery for my cell and the laptop. You walk a lot, take a lot of pictures, you need power.

What did you buy there?
Imagine, I came back with… biscuits. Walker ShortBread is a company that was born in Aberlour, and considering that back home I had another client waiting for me, I came back with a full bag of goodies. Those biscuits are really cool, of various kinds, a sort of trademark of the region I visited.
They vanished within minutes :). 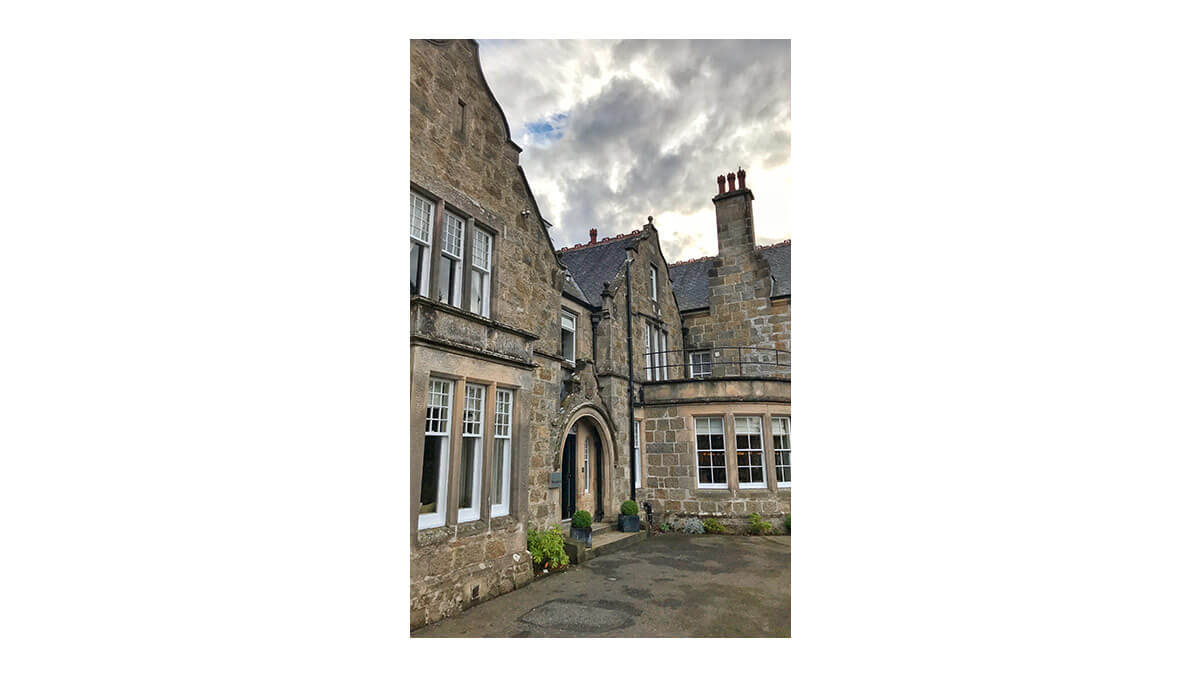 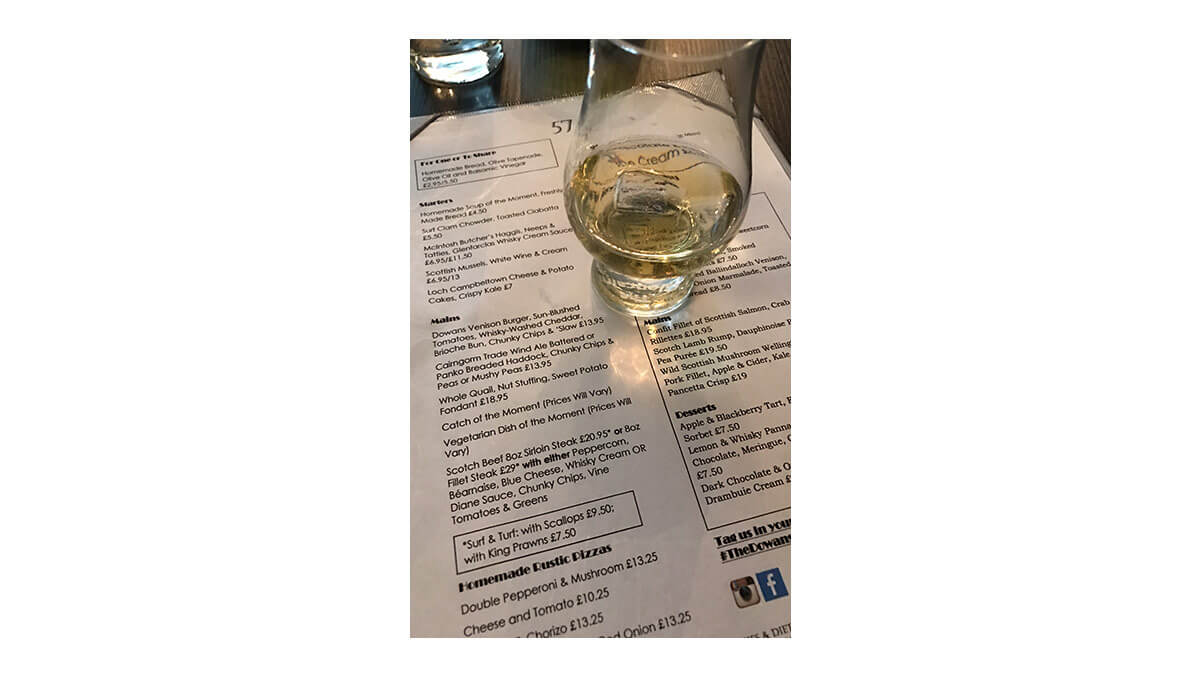 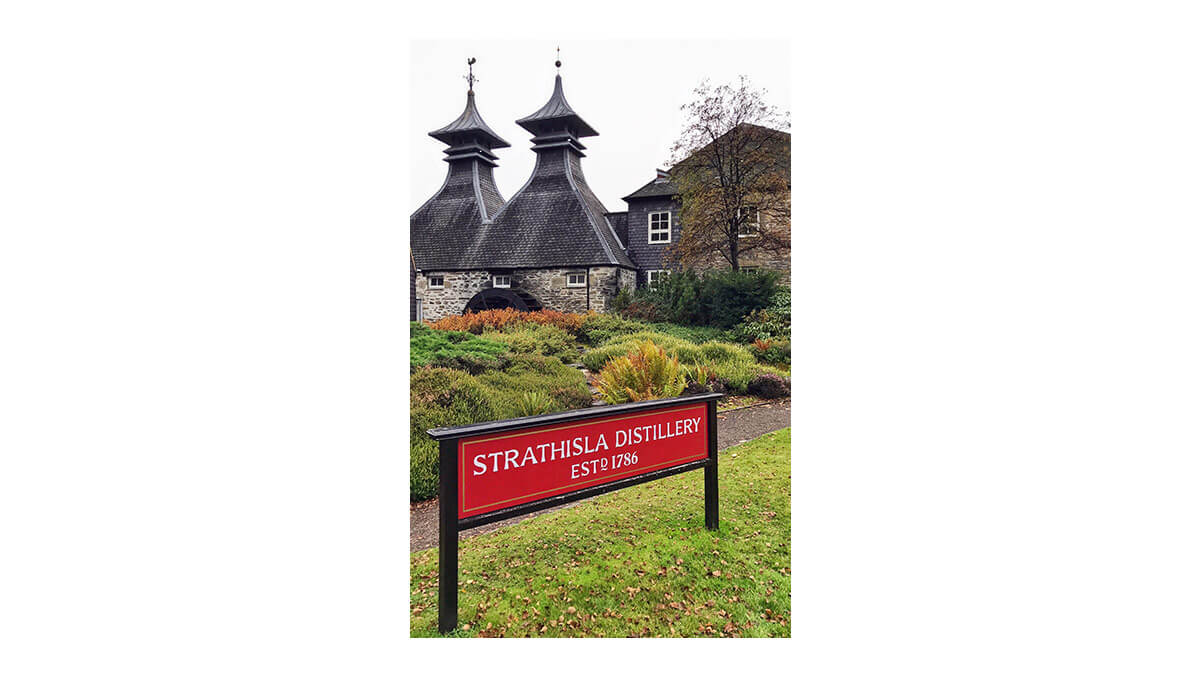 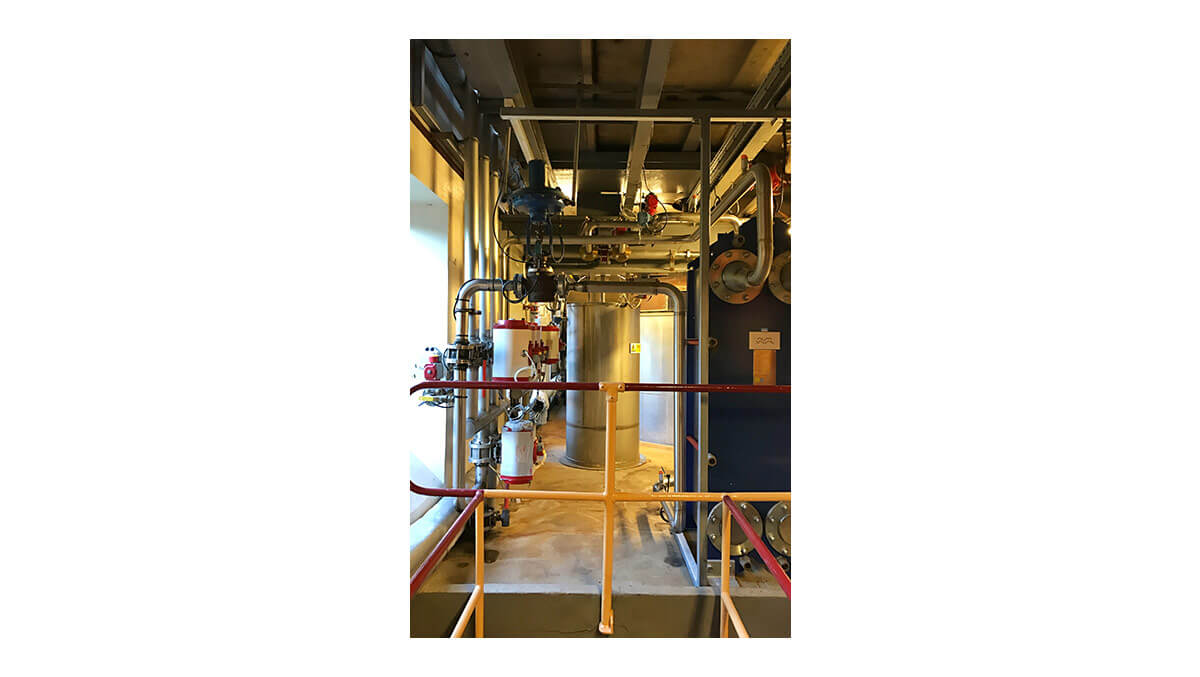 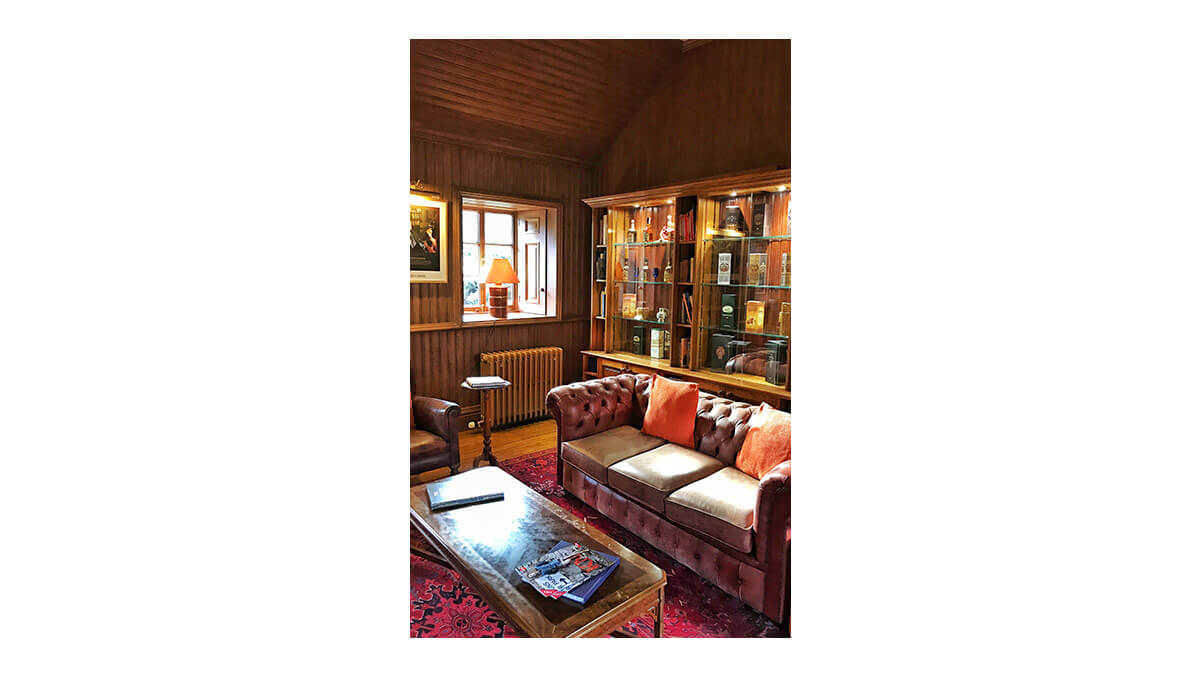 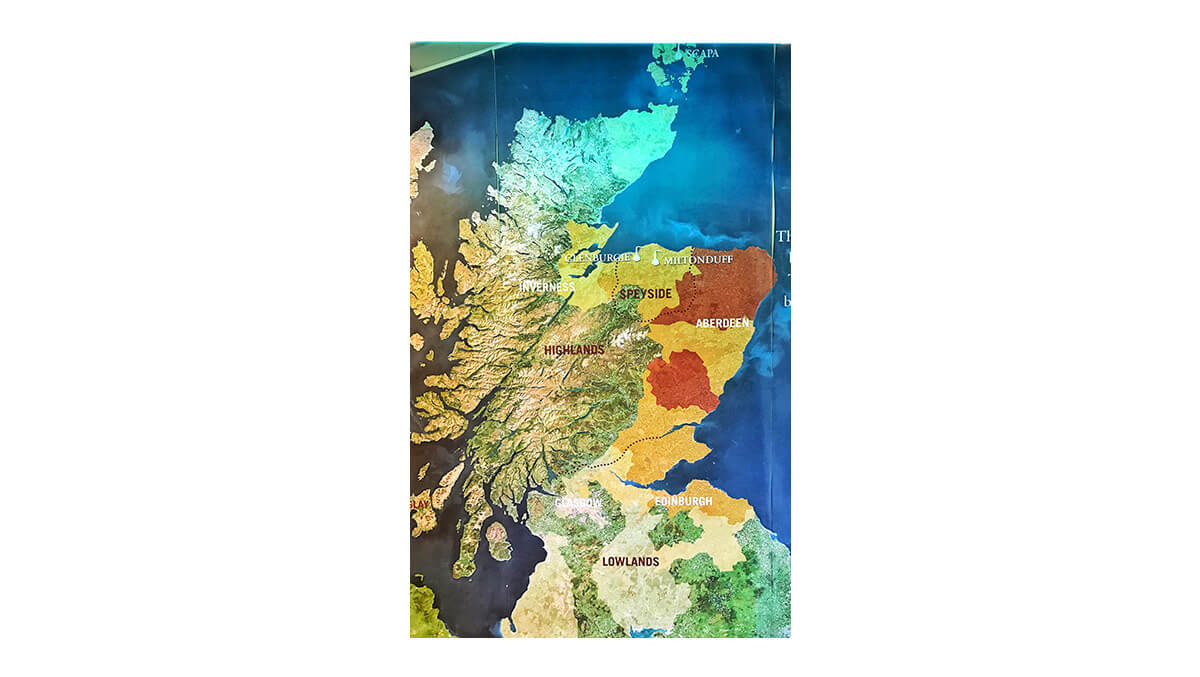 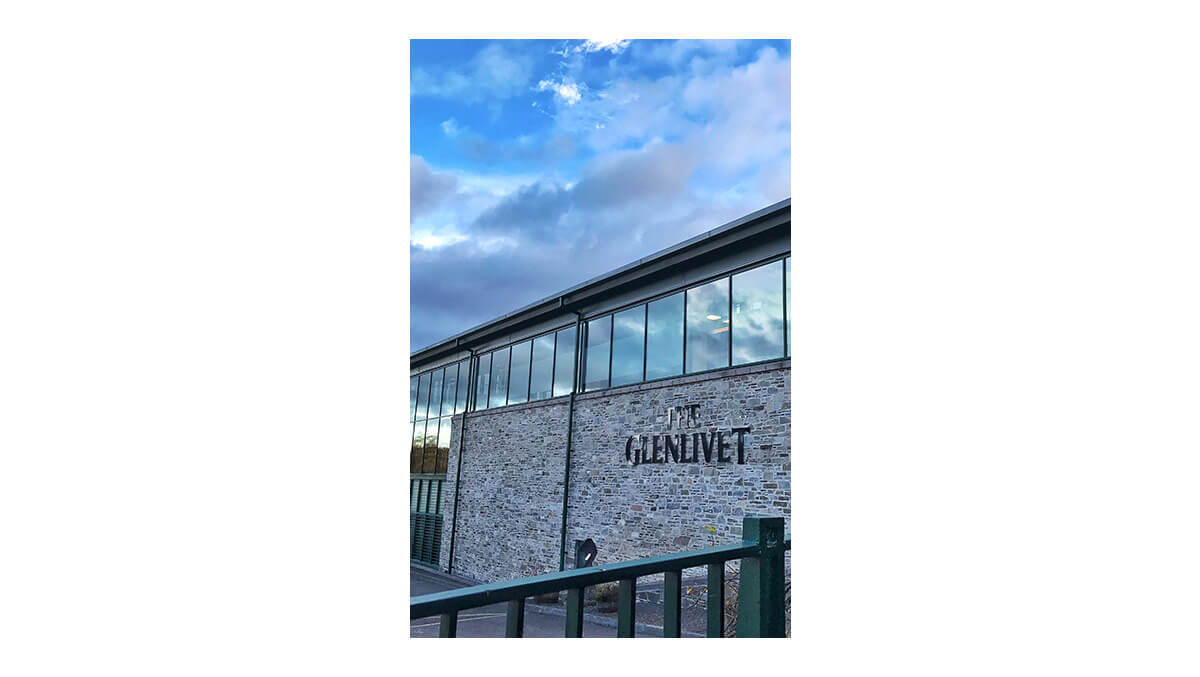 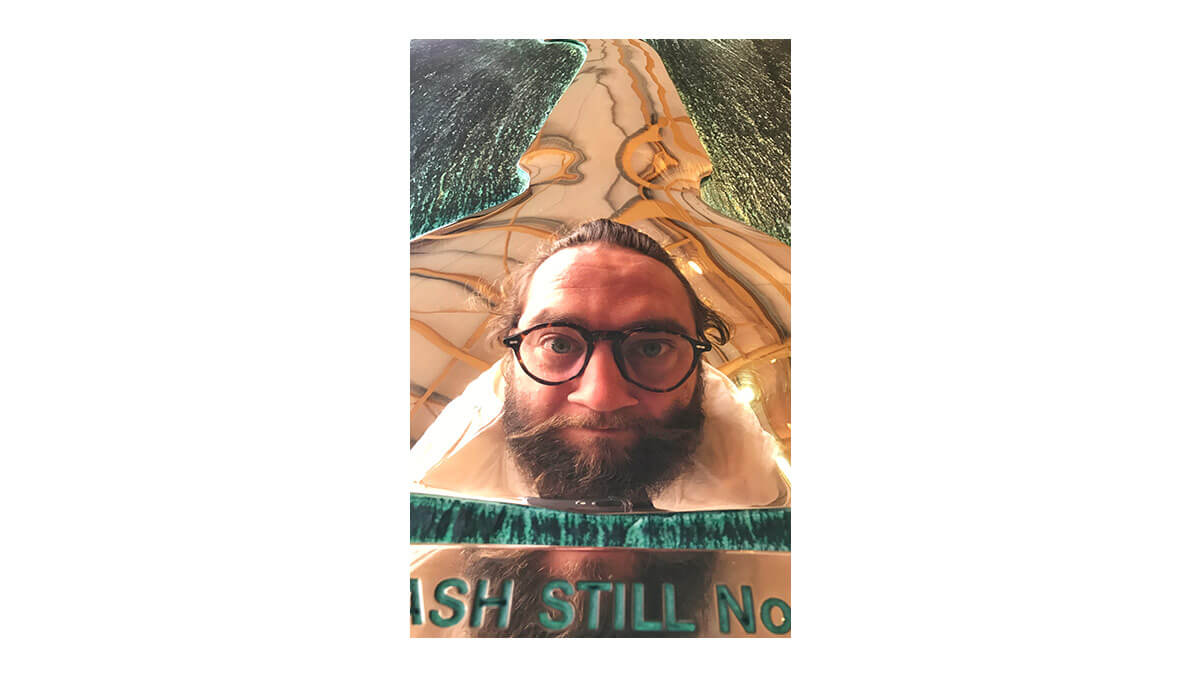 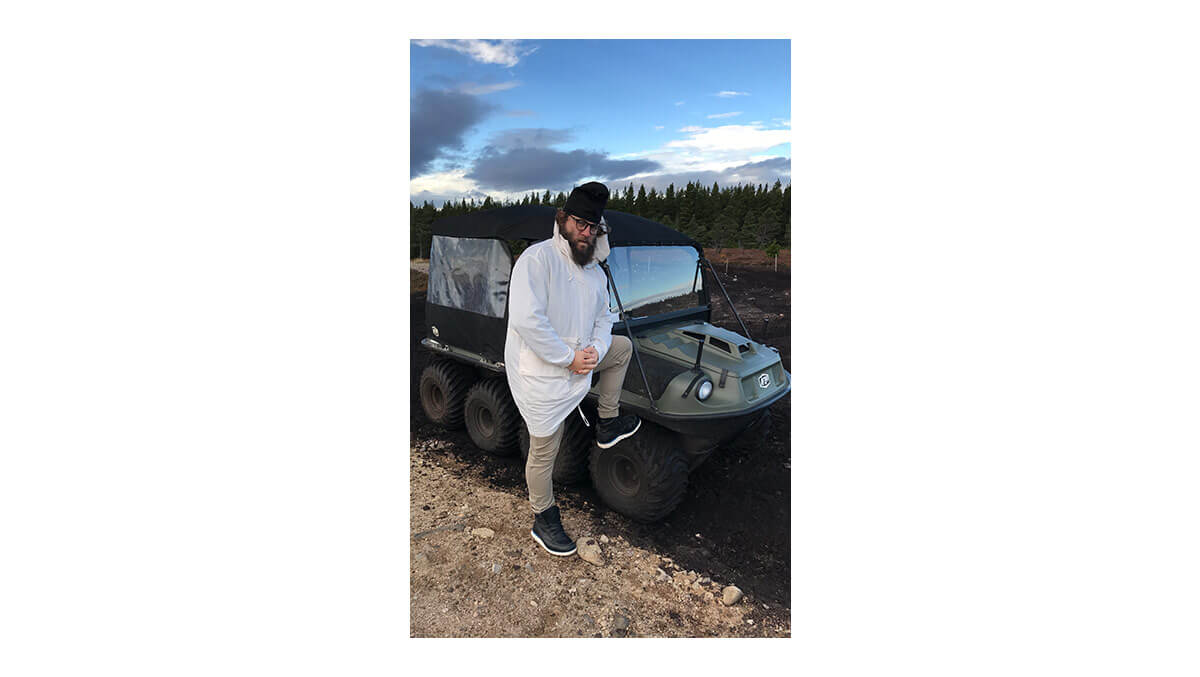 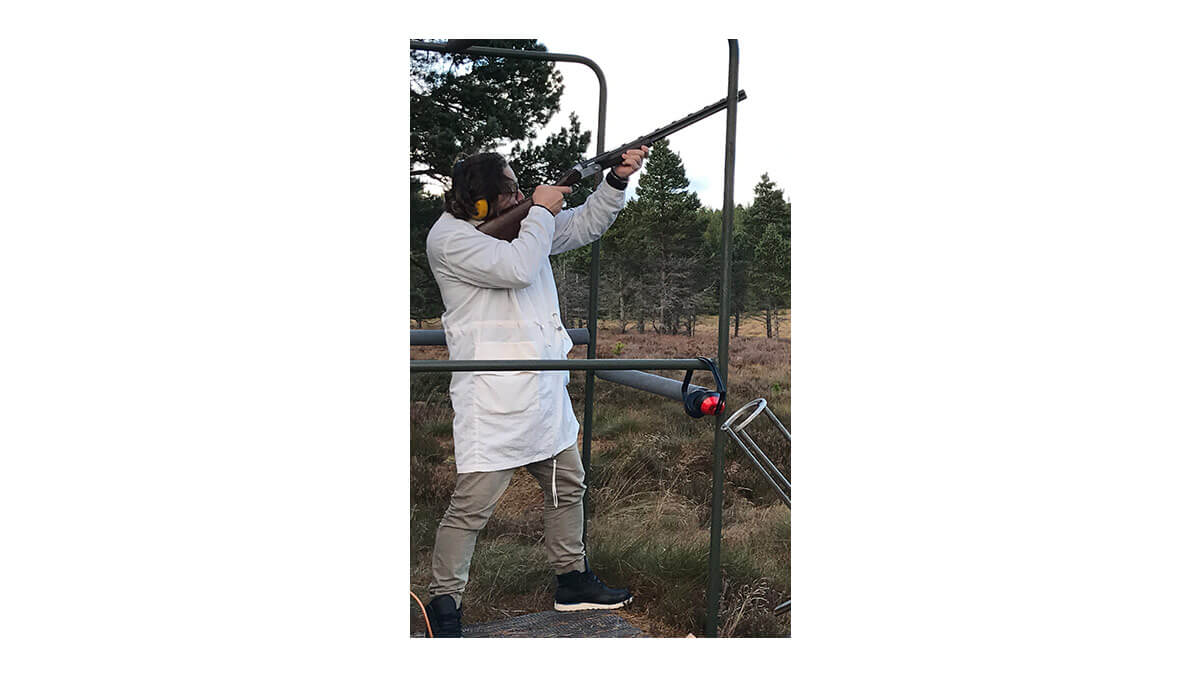 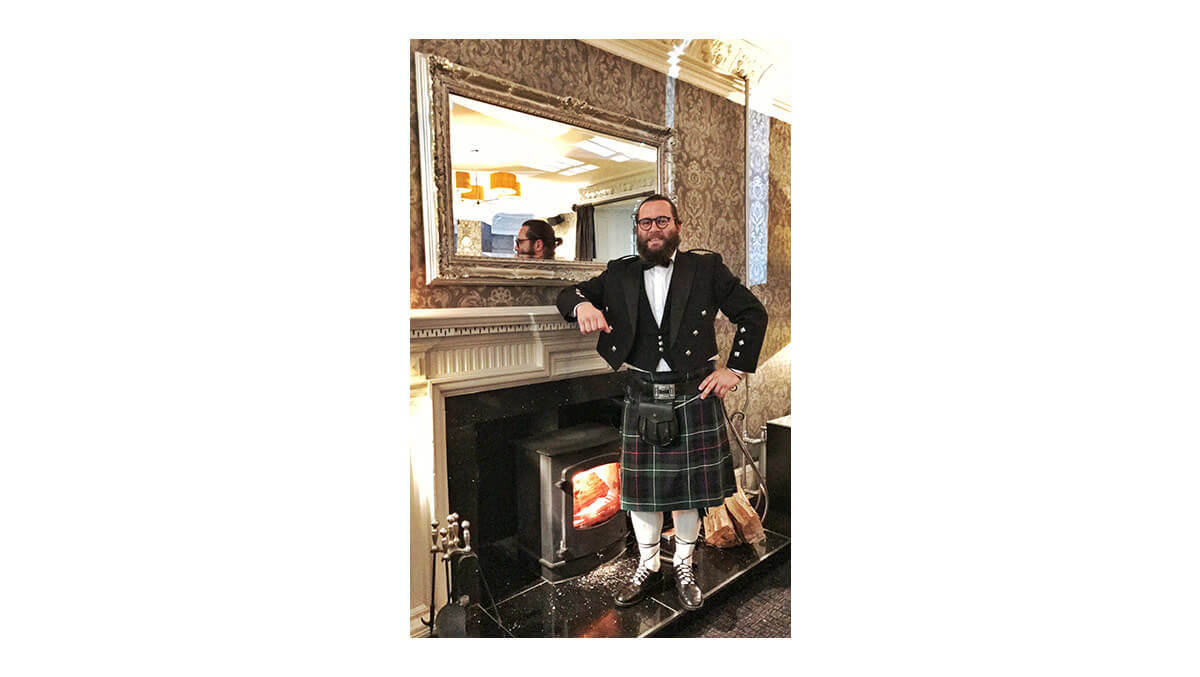 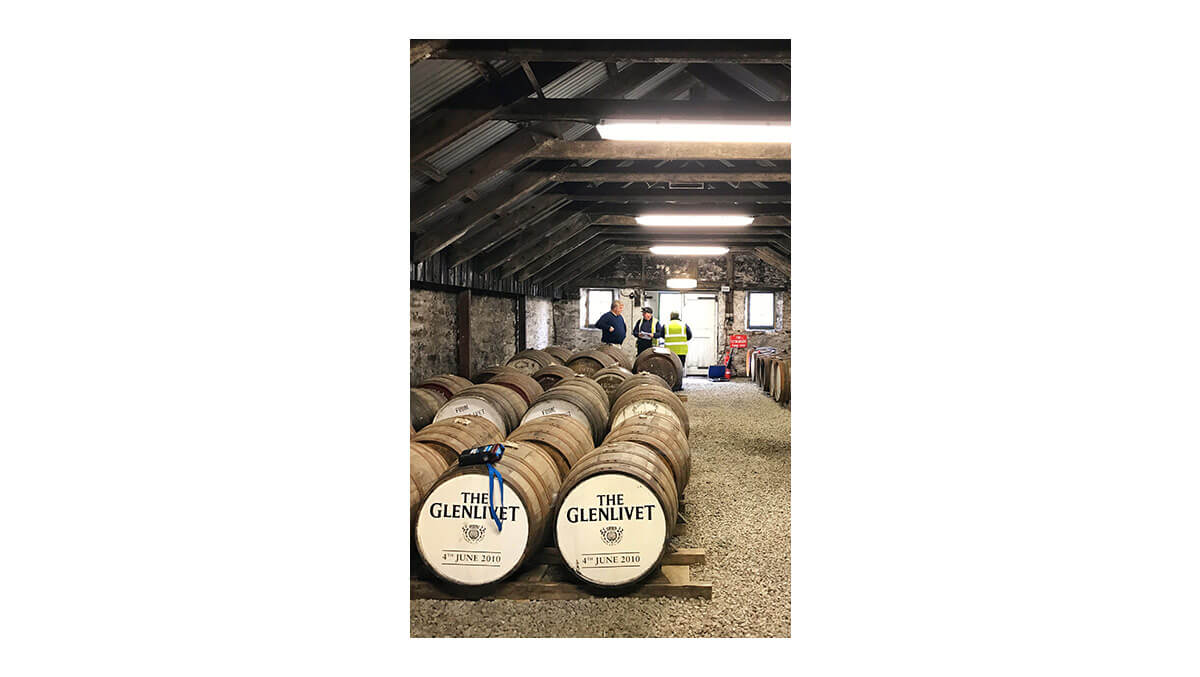 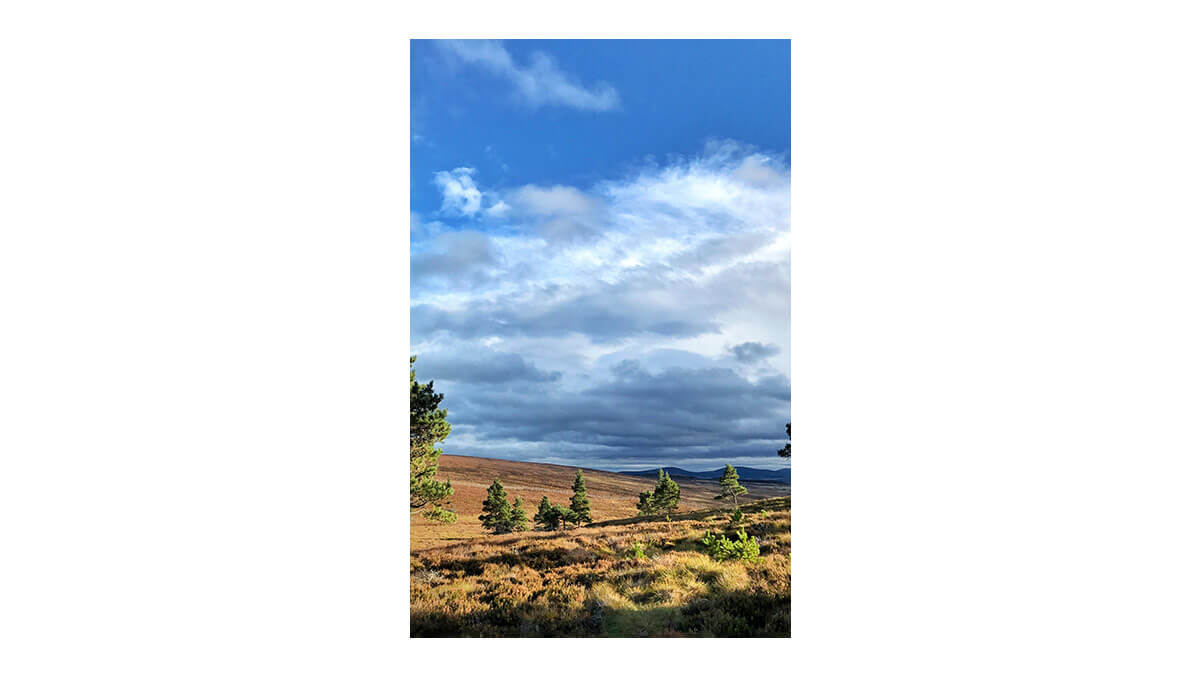 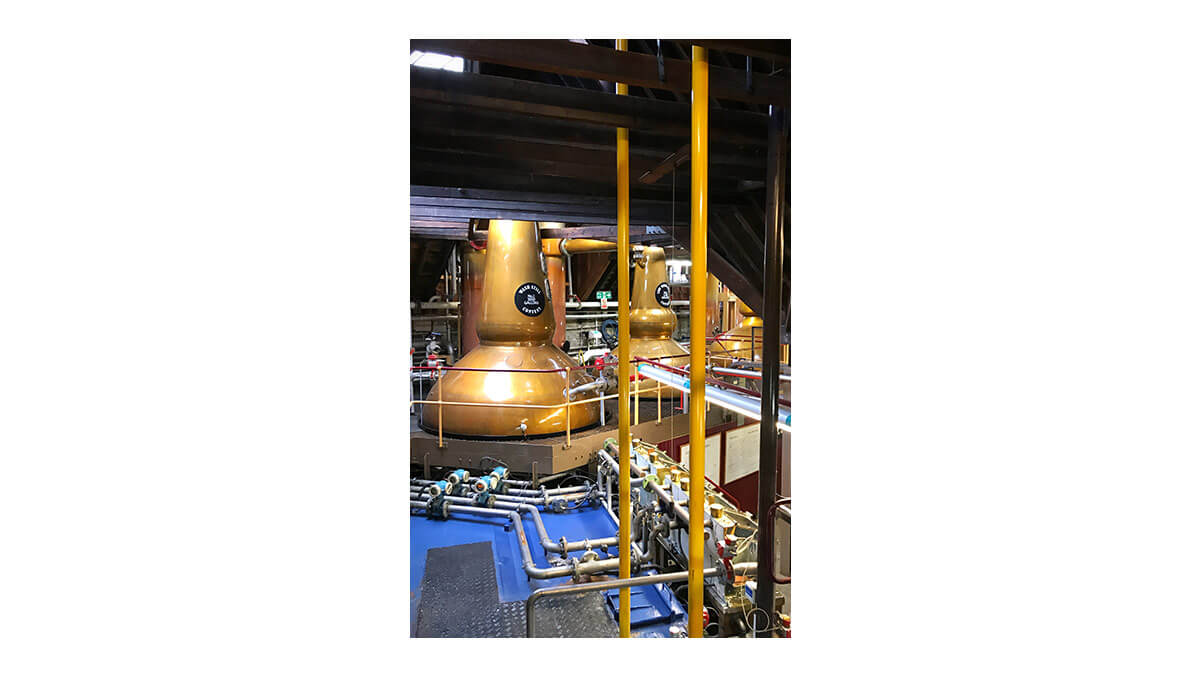 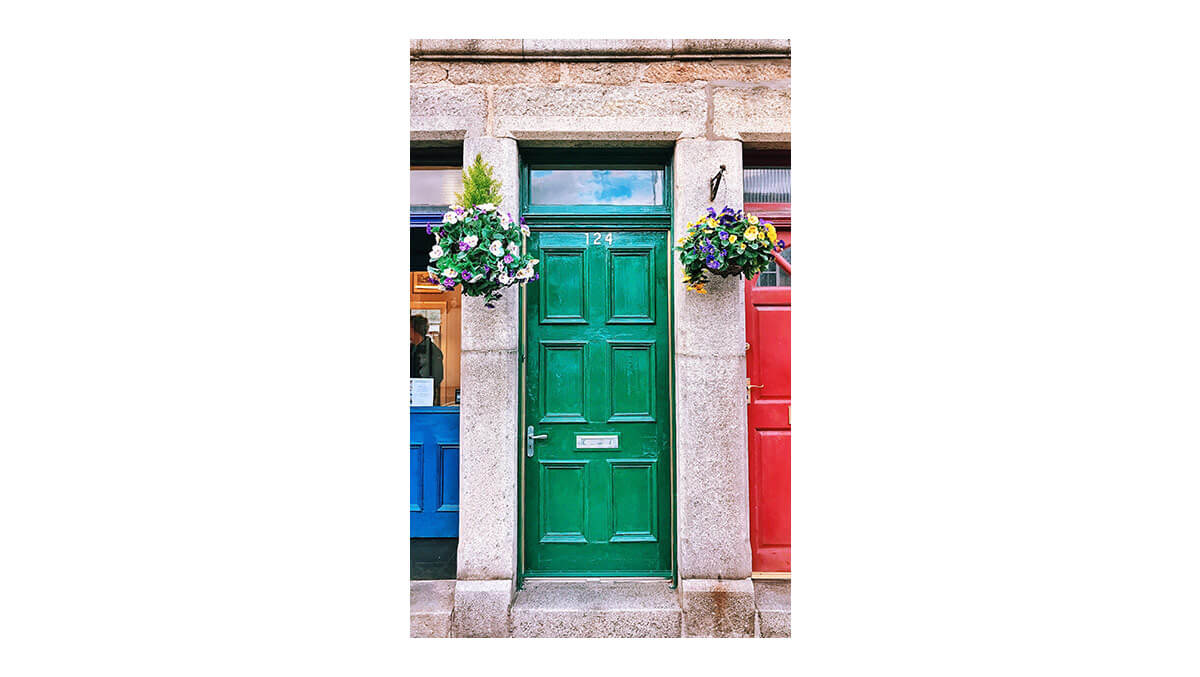 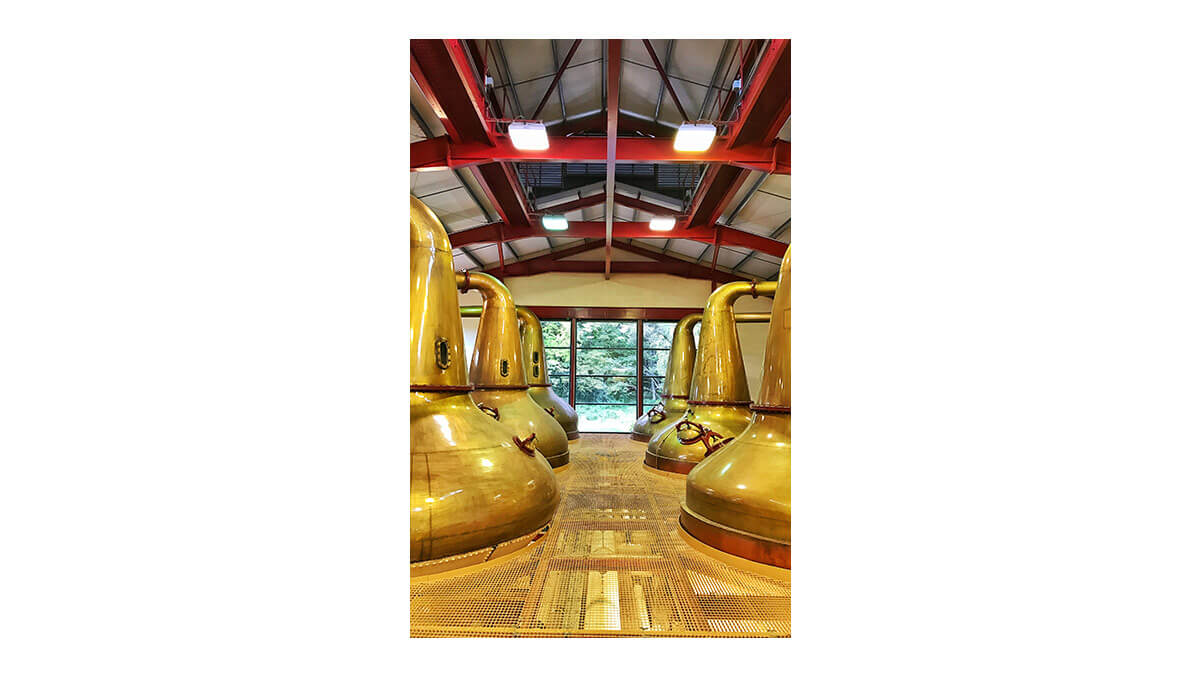 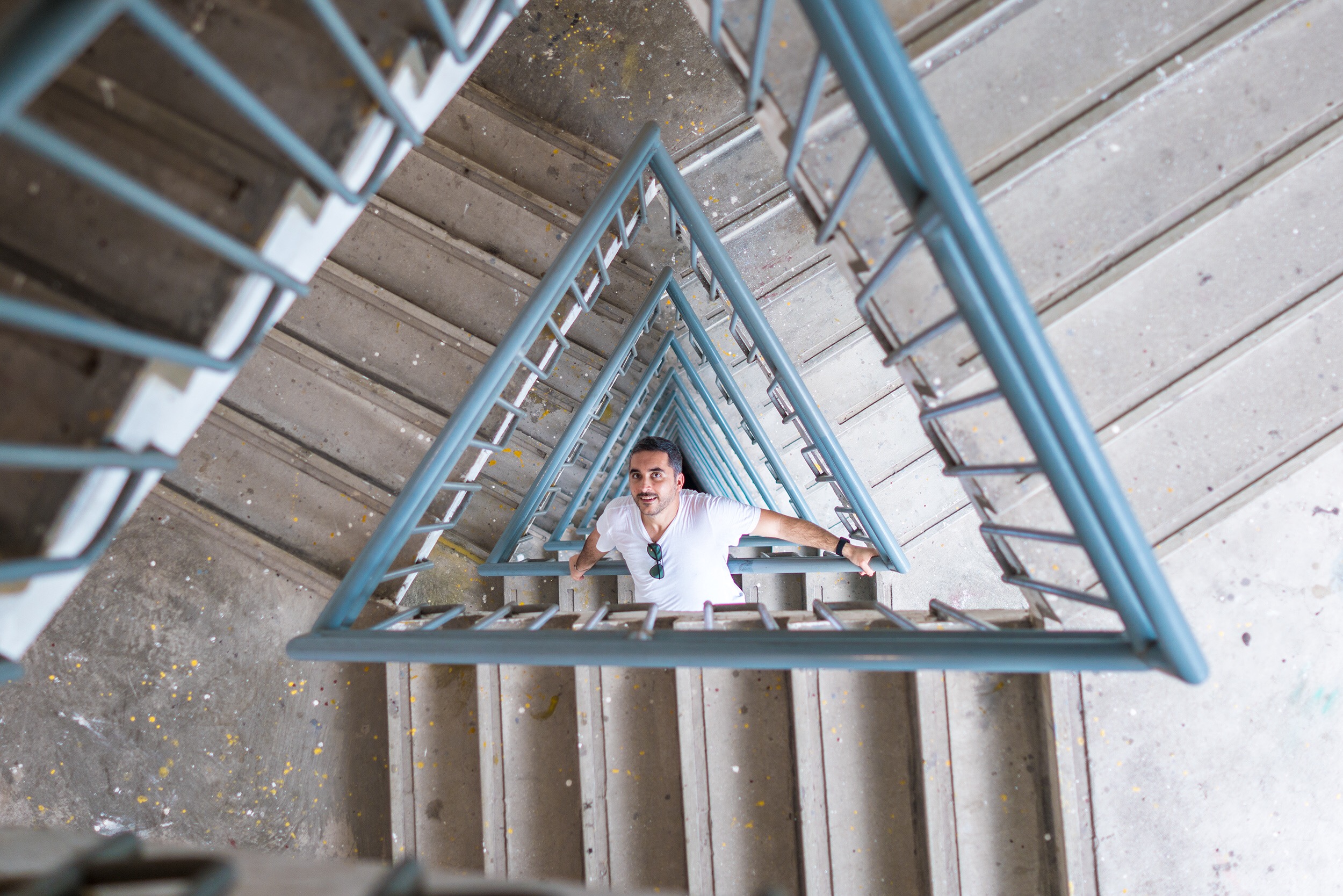 “Hong Kong is the New York of Asia” 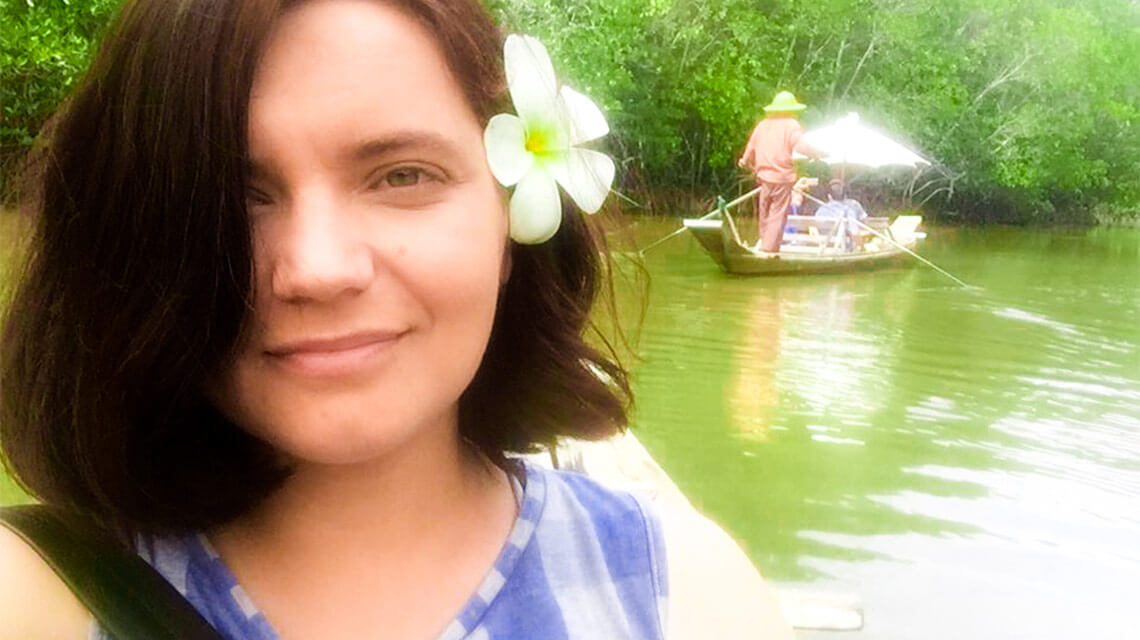 I left my soul in Thailand