The Arizona sunsets just take your breath away 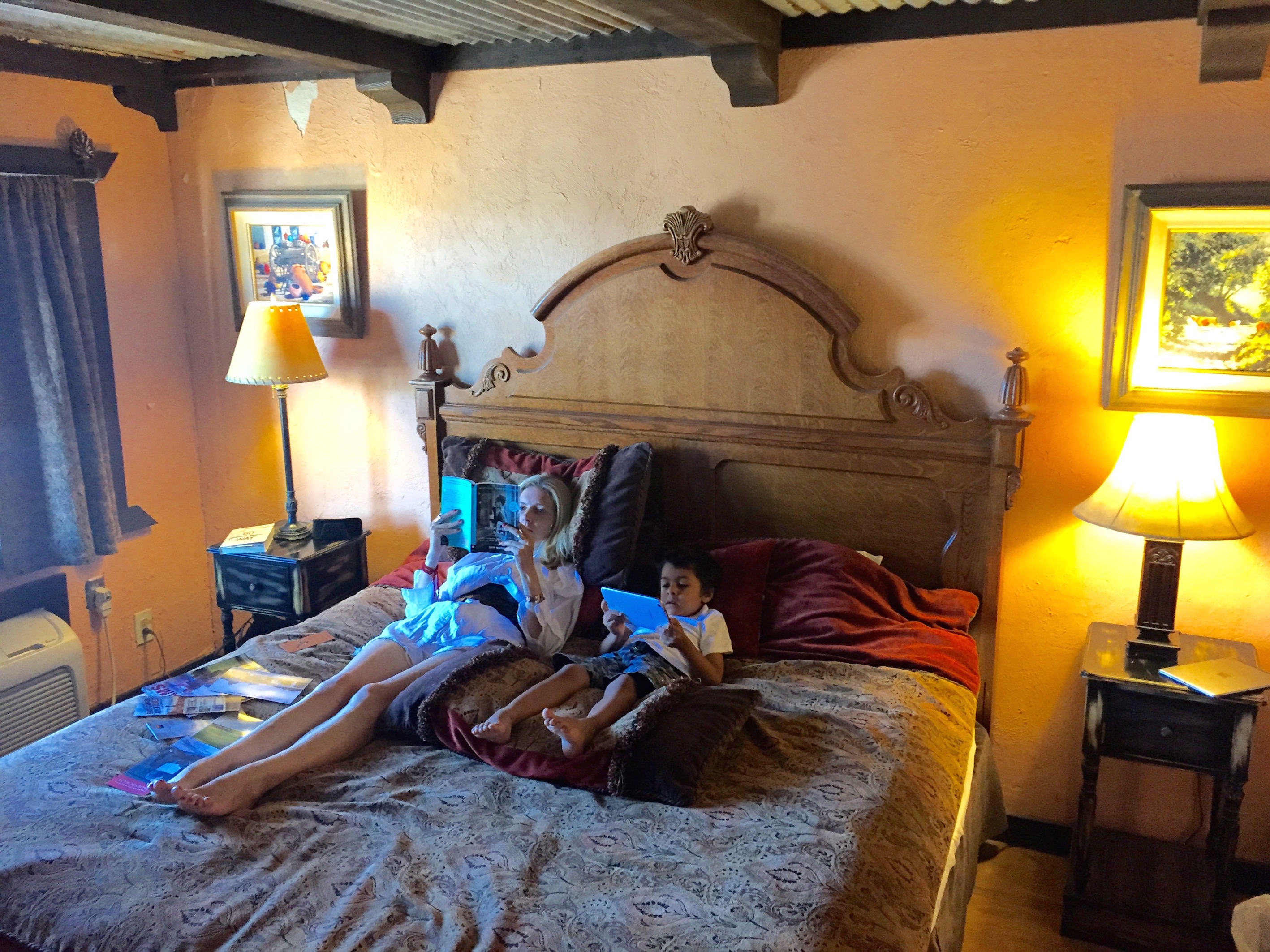 When you think about the stylish women of Bucharest, Noemi will immediately pop into your mind. You can meet her at all the important events in her classy and imaginative outfits, most often signed by Romanian designers. Noemi writes on her blog, Placerile lui Noe, does PR and organizes events. She’s passionate about fashion, art and travel. She travelled the world back and fourth, but the period spent in Arizona is the one that she always remembers fondly.

One day, you just announced all of your friends that you will move, for a few months, in America. How did you take that decision?
I wanted to learn something new; I also wanted Avi, my son, to experience living somewhere else. I craved for a little bit of adventure for my family and we, surely, got it. And, most importantly, I finally got the time to rest well after some many years of intense work. It was a fully, well deserved break for me.

What places did you visit in the US?
I’ve been on the West Coast. I lived in Las Vegas, so I saw pretty much everything one can visit there, plus the surrounding towns (ghost-towns, which look just like in the movies with the cowboys and the native Americans). I’ve been to the Grand Canyon and in Sedona, Arizona. I’ve also been in San Francisco and Los Angeles, well, all that means West Hollywood and Glendale, Pasadena, Santa Monica, Malibu, Marina del Rey, and Venice. And, yes, I was on Route 66, a road trip with a few memorable, great days.

How is it to pack for such a long journey? What did you take with you, what have you left home?
I like to pack, and I have to say it’s also a very good exercise to test the “feelings” you have for certain things. I took a few boxes with clothes and accessories and a couple of boxes of Avi’s books, albums and toys. The paintings, most of the books and albums and thick clothes I just left in the care of my friends back home.

You left for States with your son, Avi. How did he adapt in another country? What did he like the most there?
I left with Avi, and Clint and Shlomo, our dear dogs. Avi adapted immediately. He was in a Montessori kindergarten there. He liked it a lot, but most of all he liked the neighbourhood pool where we lived, in Summerlin. Venice and at Disneyland were also a delight for him, of course, but also he loved sleeping in a real hacienda.

What did you know about Arizona before getting there?
I knew that it’s fascinating, that the sunsets are breathtaking. And, also, that many Westerns were filmed there. And, yes, I’ve been doing some reading about the not very distant history of the Native Americans reservations and the controversy linked to the forced occupation of their lands.

Did you have a route set ahead? Did you know exactly what you wanted to see?
What can I say, I saw Arizona in pieces. In 2013 I was at the Grand Canyon and Sedona (a town whose surroundings have appeared in almost all the Westerns from the ’50 and ’60). And last year I visited Arizona’s Route 66 cities and towns.

Which were the places you enjoyed most and that you would recommend to your friends plannig a trip to Arizona?
Sedona. If you are to come here, go to eat at Fudge at The Sedona Fudge Company. It was here that the delicious dessert was invented, due to an error of the confectioner, who was experiencing a Fondue recipe at the end of the 19th century.
Sleep for just one night at La Posada in Winslow. At the risk of repeating myself, it is one of the most quiet and positively charged places that I’ve ever been so far.

… And the places you did not like?
There was not such thing. I liked it all over. The “Arizona dream”.

What will be your survival guide for Arizona?
Plenty of water (hydration is so important), sun protection cream. Next, phone and the camera fully charged: you will have plenty of sights to photograh. Finally, CD’s or a USB loaded with road trip music (for the areas where there is no signal).

Would you return in Arizona?
Yes, I’d come back for a couple of nights at La Posada and would definitely would go to the Grand Canyon to sleep even for one night at El Tovar, the famous hotel whose construction plan was developed by the same Mary Colter who did La Posada.

How about the people?
People in Arizona are the same as everywhere else: some very relaxed, smiling, “authentic”, others less. But in general I met cool people.

What about the food?
The cactus salad must be tried out at all costs. And the fudge I’ve been telling you about. In Flagstaff, I ate some amazing desserts, at La Posada I had an apple pie and, then, ice cream – absolutely sublime.

What did you buy from Arizona?
I have bought books, postcards and, a black and white photography signed by a local artist and a Navajo bracelet manufactured by a native artist.

Tell us about a story or a conversation, or even about a place you’ve never been able to forget from your holiday there.

I met up with Tina Mion, a contemporary artist who has purchased, together with her husband, La Posada. The two, militants for peace and human rights defenders, came to Winslow a few years ago. They liked it, they returned, have purchased La Posada and renovated it; all their employees are Native Americans and are now renovating other hotels designed by Mary Colter, all on the famous Santa Fe Railway route. Tina told me that those places have something unique, something that makes you go back and stay there forever.

If you were to make your luggage for Arizona tomorrow, what you would you put in?
My luggage would be quite light: 2 jeans’ shorts (one blue and one white), 2-3 white shirts, a kaftan, a pair of flared jeans, a few tank tops, sport shoes, flip flops and a thicker jacket for the cooler evenings: it is very hot during the day, but the nights are really cold. Ah, and yes!, I would would’t forget my sunglasses. 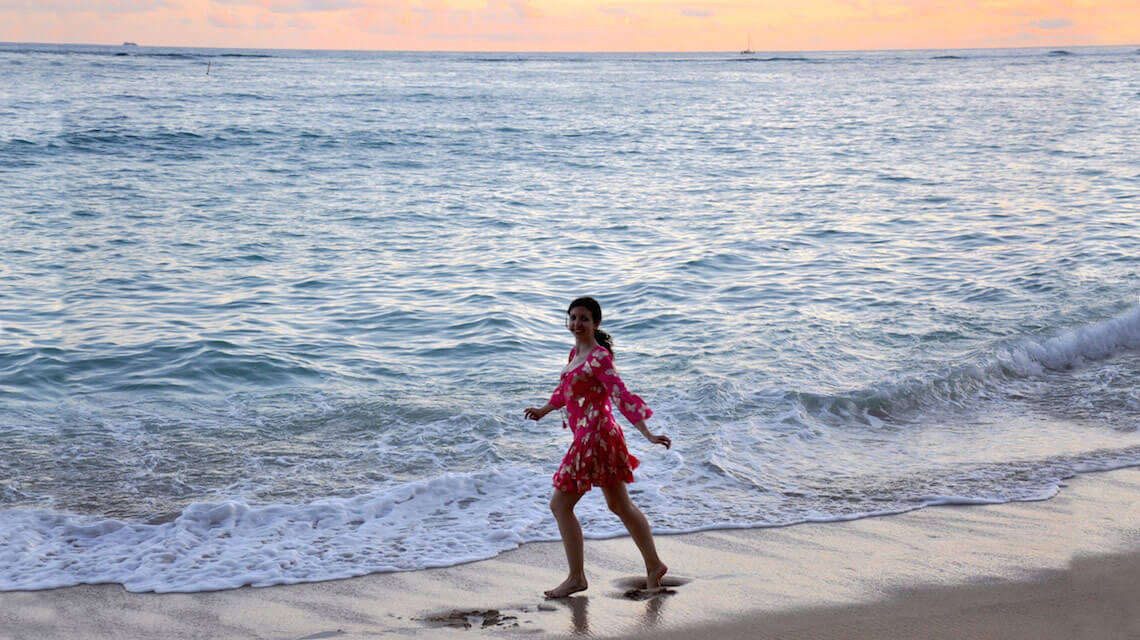 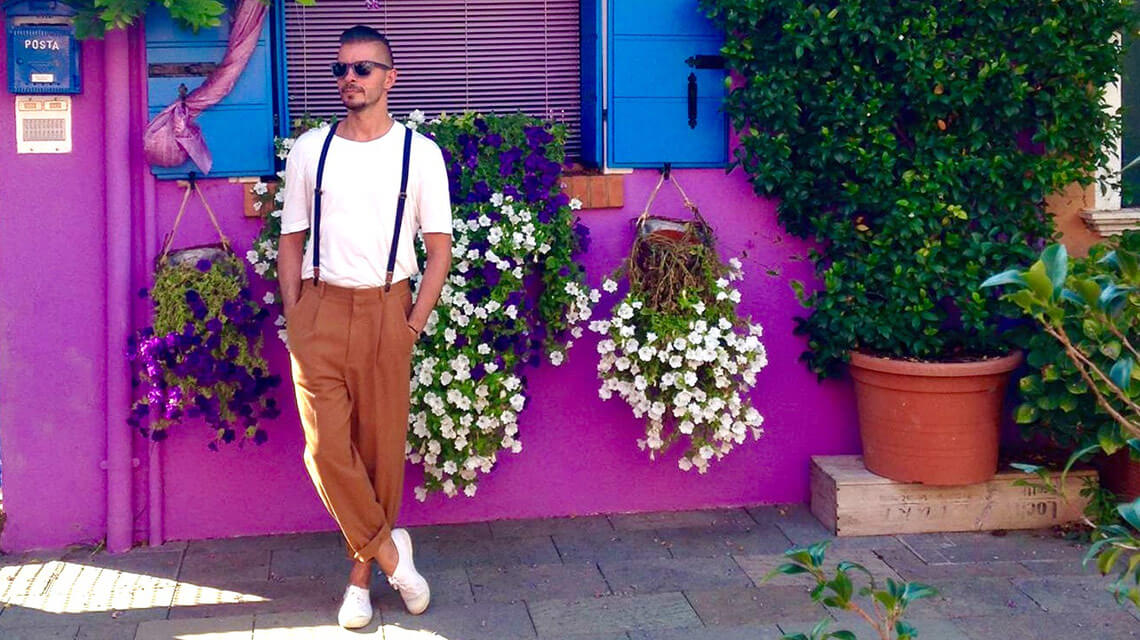