For her. For him. 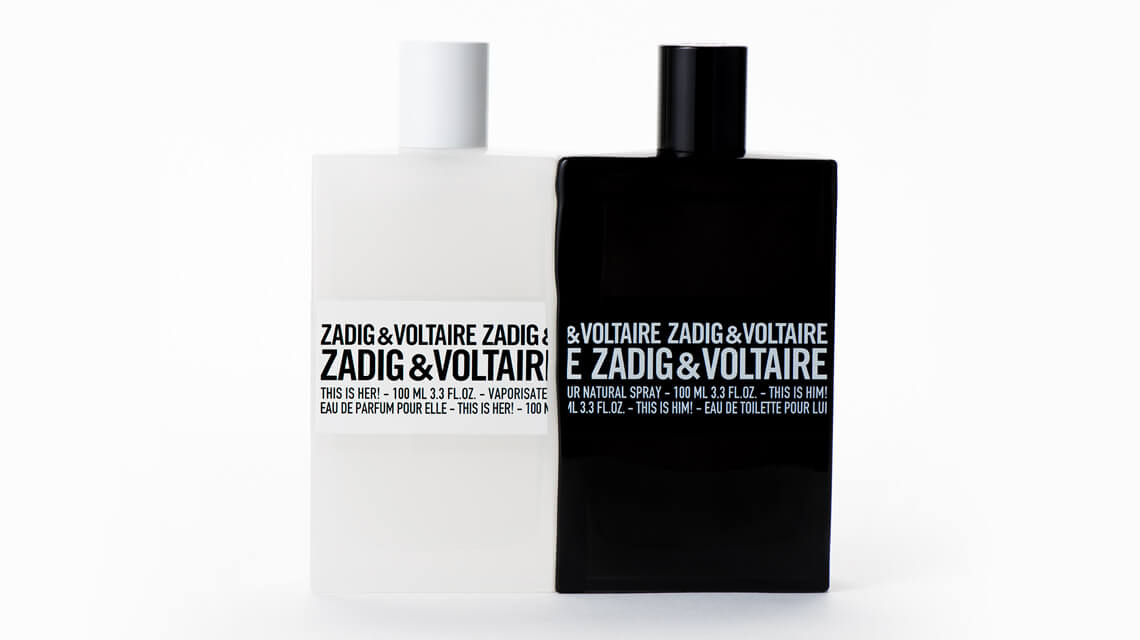 They’re called This is Her! and This is Him! and it was love at first sight. The design of the two bottles was enough make me wanna try them out. And to have them. But let me tell you their story, which is a very beautiful one.

The new Zadig & Voltaire perfumes break all the patterns – it’s like an encounter between two heroes and their favorite fragrance. A love story in feminine white and masculine black, with a touch of rock. And two characters in a seduction game.

“The bottle design is elegant and simple, inspired from contemporary art. We wanted to focus on a minimalist design, black and white, with this symbol of opposition and attraction between men and women”, said Cecilia Bönström – Artistic Director, Zadig ＆ Voltaire.

Each note of these fragrances captures the French brand’s DNA, with its casual chic style. This is Her! is a floral-woody perfume, with a bouquet of jasmine spiced with pink pepper. A little bit sweet, but with a rock spirit, due to the chestnut and vanilla notes. But, in the end the femininity is reassured with intense sandalwood notes – Zadig & Voltaire’s signature. From perfumer Michel Almairac we found out where did the inspiration came from: he imagined a rock band playing a furious song in a Parisian apartment.

On the other hand, This is Him! is an oriental-woody fragrance that makes you think of a strong man, a rocker gentleman. An urban maverick that reaffirms his self-confidence with spicy notes of grapefruit and black pepper. Then you will discover notes of vanilla and incense. Of course, the sandalwood notes, associated with the brand, couldn’t have missed.

The This is Her! and This is Him! bottles have a certain cut on one of the edges that makes them a perfect match when placed next to each other. A tribute to love, that shouldn’t encounter any obstacles.