Bruges – The Venice of the North

Enjoy the discreet charm of this magic city 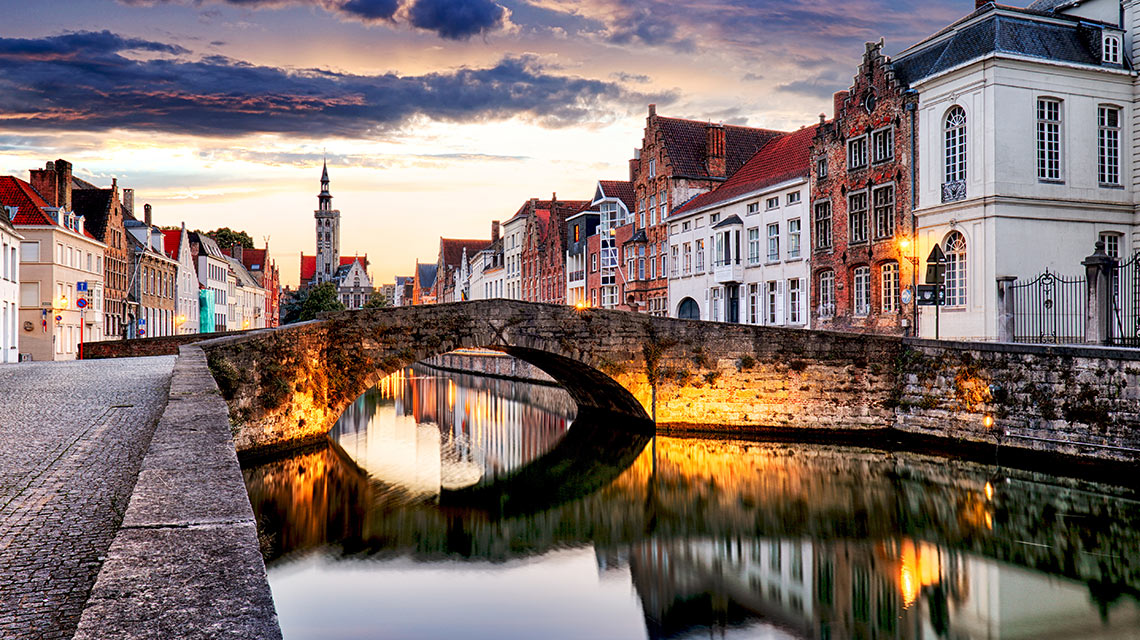 I’ve been through plenty of Belgium cities, but none of them has charmed me more than Bruges. Known as the Venice of the North, Bruges is a true delight – it’s, somehow, the romantic side of the Flemish soul. It’s just like you’re in a fairytale that you would like to re-experience over and over again. It may come as a surprise, maybe, but Bruges is the most visited Belgian city, especially as its medieval center is practically intact – the best preserved in Europe, and an UNESCO World Heritage site since 2000.

But Bruges has something for everyone: history, architecture, art, chocolate, beer, horse-drawn carriages, a fleet of bicycles, delicious waffles with chocolate and strawberries, swans and ducks that roam through the enchanting canals crossed over the old arched bridges, cobblestone streets as if cut from other times, cozy cafes and restaurants, dozens and dozens of lace stores, and windmills. Ah, and there’s something else: be it rain, be it wind, be it sun, Bruges is just as seductive and inviting – it literally gets you out of your hotel room.

So, here are 8 wonders that you are absolutely not allowed to miss in Bruges: 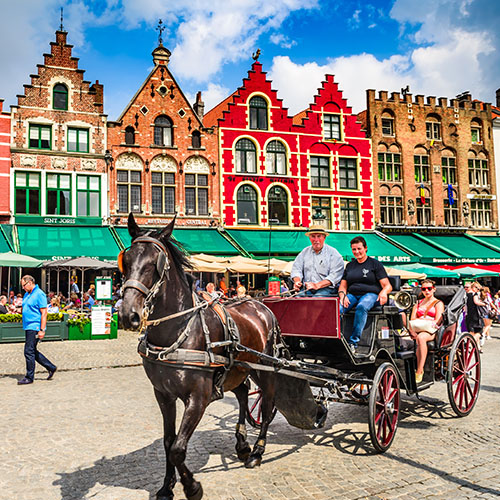 Market Square (Grote Markt) is perhaps the most photographed place in Bruges (gotta be quick to make a decent picture without another fellow image hunter gets into the frame), and for all the right reasons: it’s a real gem, which displays both the power and richness of the ancient medieval town, as well as today’s joy of life. Market Square is literally cut from a magical storybook, and is, now, the meeting point of both locals and tourists.

It spreads over almost a hectare and is flanked by grand, legendary buildings, by unraveled houses, with their typical triangular facades, in bright, vibrant colored shades. Cafes, cozy restaurants, terraces, plenty of good vibes and great fun. The Market Square is completely pedestrian, but, yes, from here you can rent a horse drawn carriage for a quick-tour of Bruges.

Although it is located in the Market Square, the Belfry Tower deserves a special mention: it is magnificent and is, without a doubt, one of the most important symbols of the city. You can’t miss it – it has 83 meters in height! – so, at anytime, while walking on the cobblestone streets of the city, you can pick it up as a navigation landmark. The tower is home to 47 bells and dominates majestically the Bruges horizon. If your heart is safe and sound, a narrow, steep staircase of 366 steps leads to the top. It’s worth it, the panorama will leave you breathless. 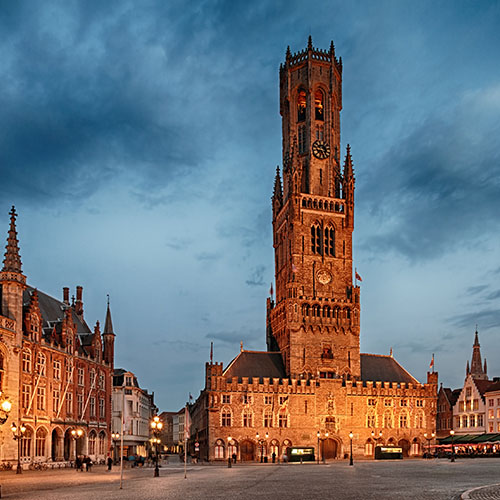 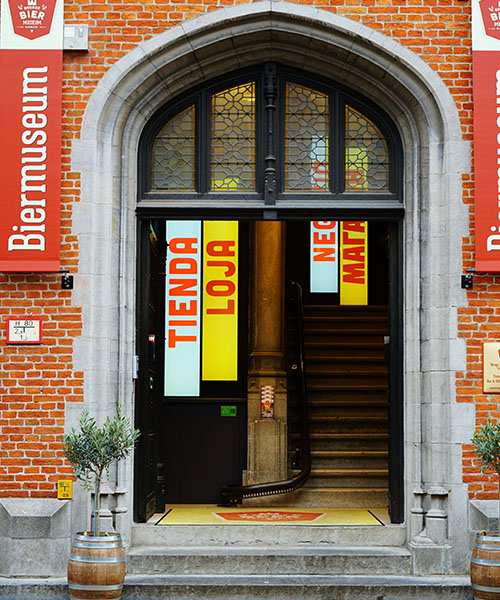 It’s no longer a secret that the Belgians are very fond of beer and are tremendously proud of their almost 700 local beer varieties! Well, for those who wish to experience this absorbing aspect – from the history of the Belgian beer, to the process of manufacturing and fermentation, the ingredients, taste, smell, or bottling – The Beer Museum, located in the vicinity of the Market Square, is a must see.

The guided tours are ingenious and, yes, interactive – you’ll get an iPad upon entry, with which you’ll be able to explore the museum and discover everything you want to know about the tradition and history of the Belgian beer. Of course, all roads lead to the tasting room, where you have the chance to admire a panoramic view of the Market Square’s medieval architecture. Don’t forget to visit the souvenir store museum, either.

Church of Our Lady

Dates back from the 13th century, the large-scale construction going on until the 14th and 15th centuries. The Church of Our Lady tower is really impressive: with a height of 122 meters, it is the tallest tower in Belgium. No need to say more than that the Church shelters priceless masterpieces of art, the most famous being Michelangelo’s Madonna and Child, a sculpture completed somewhere in 1504, and the only work of the artist that ever left Italy while he was still living. 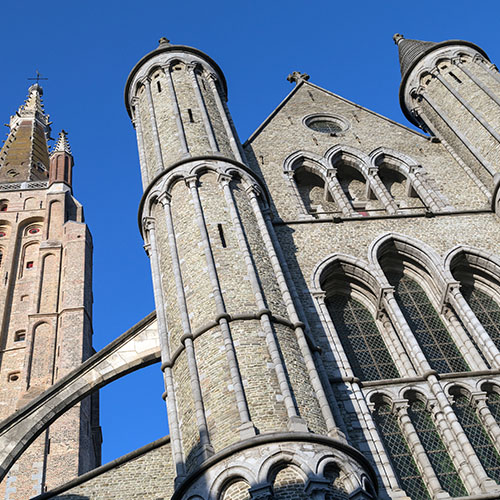 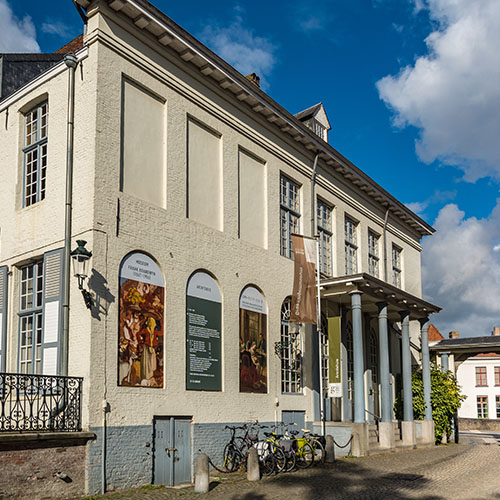 If you are art lovers just head to the Groeninge Museum, where you will find the most important art collection in Bruges, a true venture into six centuries of Flemish art, the undisputed star being, of course, Jan van Eyck – the painter who lived and worked in Bruges in the last 11 years of his life. Besides the timeless Flemish paintings, the Groeninge Museum also takes pride in its superb collection of modern art, but also with a gorgeous, unique, collection of postcards of the old town of Bruges. You really have a lot to see at Groeninge.

Burg Square and the The Basilica of the Holy Blood

Burg is the other spectacular city market, smaller, but equally charming. Not to mention older: it was the heart of the city for centuries, and is now the home of some edifices of invaluable importance: the Vicariate, in Baroque style, the Palace of Justice, and, especially, the Town Hall, Stadhuis, a true Gothic masterpiece, built between the years 1376-1420, and otherwise the oldest City Hall from Belgium. A must-see attraction is the nearby Basilica of the Holy Blood, where the blood relic of Jesus is exposed – hundreds of Christians visit this church and pray in front of relic with the holy blood drops of the Savior, recalling the supreme sacrifice. 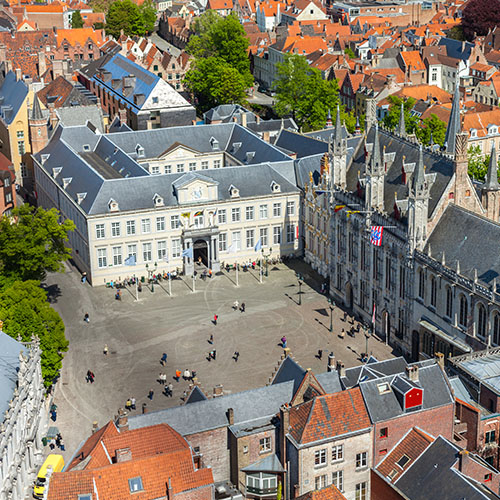 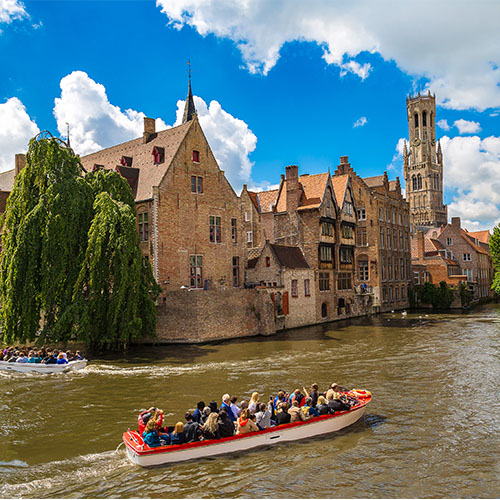 A cruise on the canals of Bruges

The canals of Bruges are nowhere near last on the list of must-do’s – quite the contrary, they are fabulous. Without a trip by boat on the romantic labyrinth of canals, a visit to Bruges is incomplete. They will give you the opportunity to uncover Bruges with new eyes, to see the secret inlets and gardens, alleys, picturesque old bridges, concealed alleys and odd brick medieval houses, otherwise hidden. You will fall in love on the spot. Moreover, it’s the perfect chance to see and photograph Bruges from another, singular perspective… just right to post on your Instagram account.

Sweet and good, and divine. Need I say more?! Ah, maybe the address, for the longing ones: Wijnzakstraat 2, 8000. A place as sweet as Bruges :). 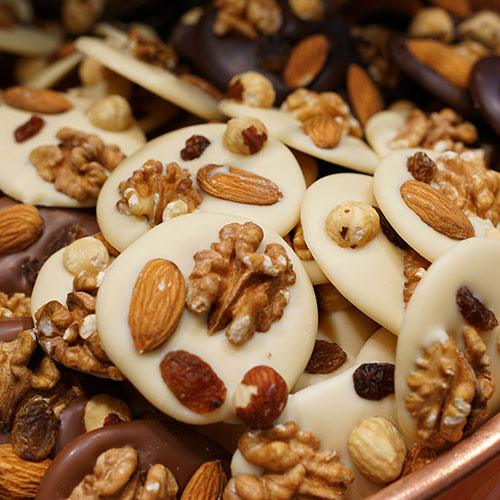 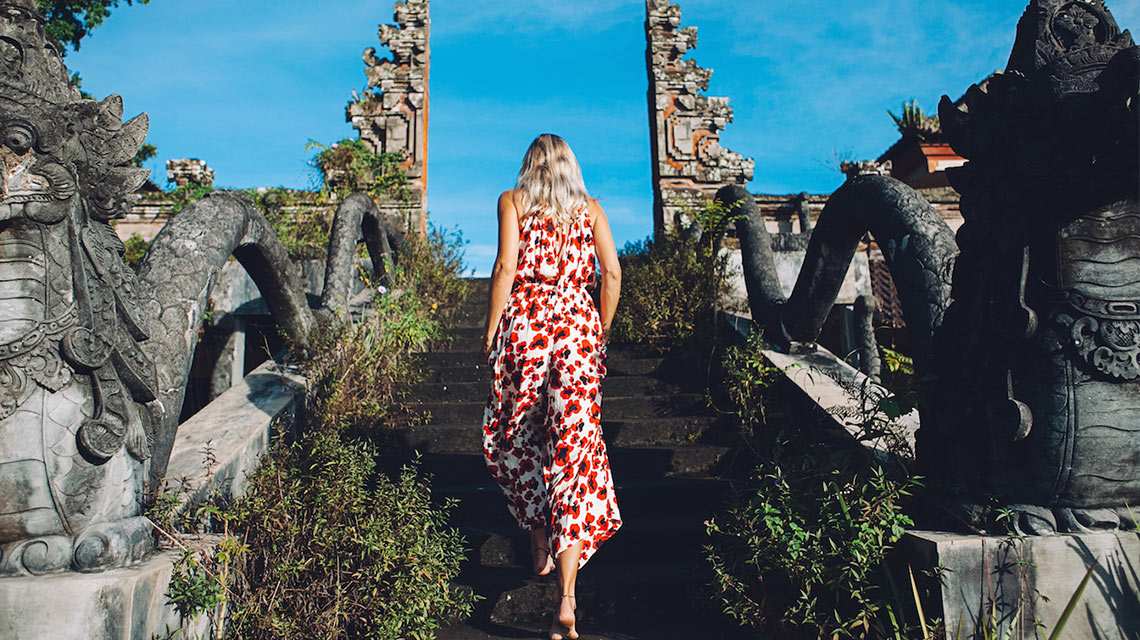 Bali, the Island of Gods

The place where you're going to smile every day 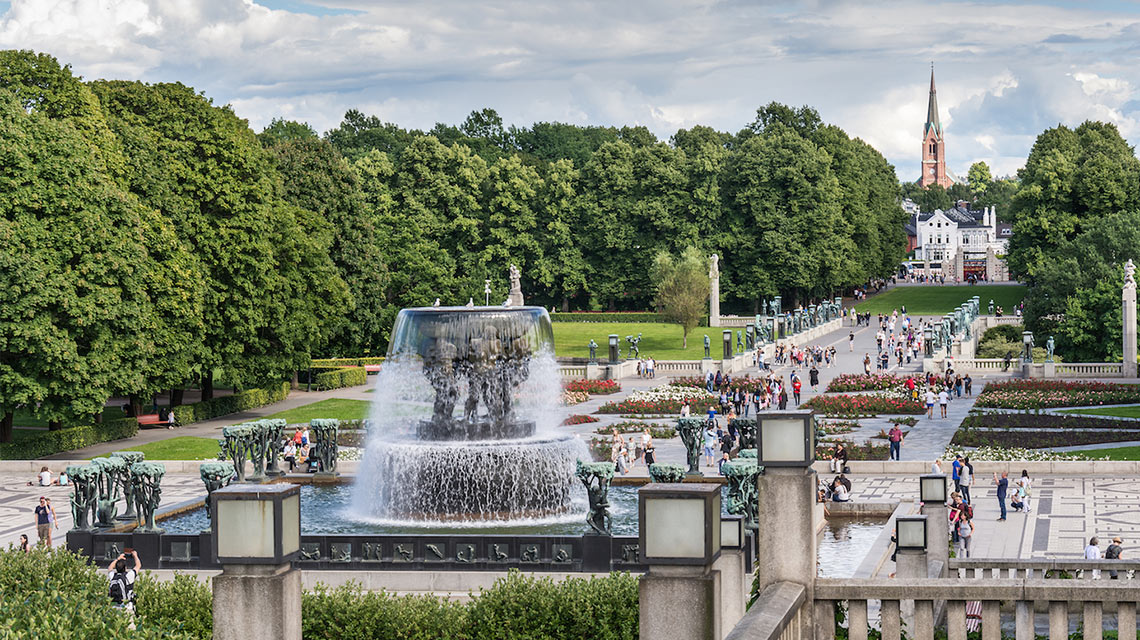 An escapade in Oslo

The Northern treasure surrounded by mountains and sea